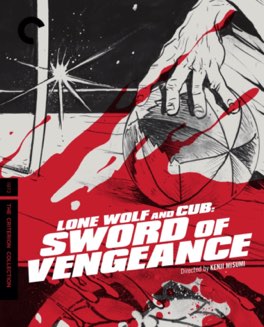 It drags at times but good grief is it atmospheric. I’m not a huge fan of origin stories, but now that it’s out of the way I’m excited for what’s to come.

As I’ve mentioned when writing about the various Zatoichi films, a Samurai movie is often also a superhero movie. Not always, but often. Great Samurai are shown defeating armies of opponents seemingly effortlessly. They can do superhuman things and have a similar set of stakes to their stories. This is an almost pure example of that overlap.

In that sense, this is the classic origin story we’re used to. It sets the table for everything that will come after it. What I find fascinating, though, is that this isn’t the origin of how the superhuman was created, but rather the origin of his motivation for vengeance.

Itto Ogami is already powerful far beyond the meager talents of those that attack him. There is never really any doubt that he will succeed in whatever he’s doing, we’re just waiting around to see how he’s going to accomplish it. All we really need to know is who he’s upset with, an idea as to why, and an extremely vague sense of what he might do about it.

It’s a thread-bare plot style, but oh boy when the action comes it works. This film is visually stunning, even as it’s otherwise a bit listless. Its lack of a coherent narrative is almost the point. This is a story of pure vengeance, marching implacably towards some internally understood destiny. I’m excited to see where it goes from here. - Jan 27th, 2022