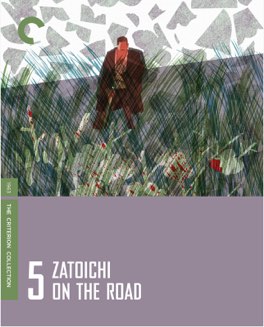 Zatoichi on the Road

A continuation of the previous film’s descent into a less genuine territory. I enjoyed this film, but mostly out of inertia and familiarity.

As I suspected in my comments about the previous film, we’ve achieved homeostasis, at least for now.

This film does very little to advance the series in any particular direction, but it’s still perfectly serviceable Chanbara. The story of Ichi helping yet another woman that he can’t possibly end up with might be routine, but Shintaro Katsu manages to make it feel real nonetheless.

The story itself is overly complex and convoluted, a trend I’ve also become accustomed too, but honestly that’s part of what I love so much about this series. It’s a giant soap opera superhero comic book, and I’m still enjoying that a lot.

As with the previous entry, Ichi is now completely a superhero, and we’re starting to see the natural evolution of a superhero series.

As with most superheroes, the stakes seem to continually rise. This time we get Ichi essentially defeating two entire gangs by himself, not to mention a bunch of minor skirmishes along the way.

The humaneness of the first few entries is largely gone now, which is definitely a shame. Ichi’s not suddenly some cold-blooded killer, but he seems to have less qualms then ever about drawing his sword.

The essential goodness of the character remains though, which means I’m still onboard to keep following this story. - Aug 29th, 2016