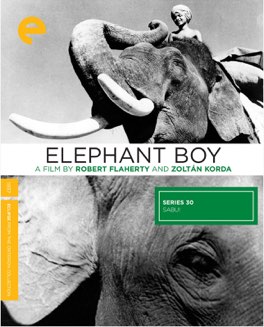 There’s a lot you have to overlook, but if you can this is a good film, if slightly boring. It’s heart is definitely in the right place. And Sabu shines right through the screen.

You have to do a lot of overlooking with these Zoltán Korda films. Sometimes you get a Four Feathers and sometimes you get a Sanders of the River. In both cases the lens is definitely the British empire, but what changes is the extent to which that lens compromises the intent of the subject it’s showing.

Different viewers will naturally have different opinions, but for me the heart of this film came through, and overshadowed the colonialist elements that are otherwise on full display. Don’t get me wrong, this is still a film full of British actors in brown face. This still features a strongly paternalistic British man in power. It has all the trappings of a “contentedly colonized” narrative.

What saves it is a couple of things. First, the main British character really seems to care and value the people around him. That goes a long way. The second is the ethnographic filmmaking of Robert Flaherty. It’s incredibly obvious what footage is his, and it’s breathtaking. He has such a natural eye and reverence for his subjects. It’s a window into a long gone kingdom, Mysore, and a long gone time. But of far more importance is the presence of Sabu.

A bit like Paul Robeson rising above the mediocre, racist, crap he is surrounded with, Sabu is the supernova at the center of this film. You can’t take your eyes off him, and he brings just such an incredible energy to every moment he’s on screen. It’s apparent in an instant that this person became a star. It turns an otherwise fairly slow and meandering film into something rather lovely. - Sep 15th, 2022