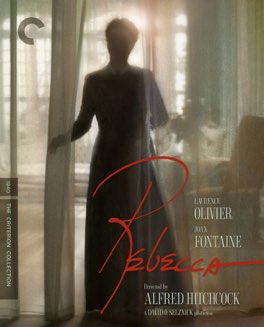 An extremely compelling character study that’s sadly overburdened by the needs of its role as a Hollywood blockbuster.

What a complex and interesting film, even with its unfortunate nods towards typically predictable Hollywood tropes.

It’s a fascinating character study, a beautiful relic of its time, a bit overdrawn and longwinded, impeccably acted and shot, and somewhat hokey and definitely inappropriate by modern standards.

I was nervous about this one, after only sort of enjoying Spellbound, and not enjoying Notorious at all, but it ended up being far better than either of them. It didn’t quite hit the heights of The 39 Steps, or of Foreign Correspondent which came out the same year, but it was still both interesting and entertaining.

This film feels less like an Alfred Hitchcock film than any of his others that I’ve seen, but you can still see the parts and places where his influence shines through. In the end, I’m definitely glad I saw it, and I will watch it again someday.

The story is classic gothic melodrama, adapted from the novel of the same name, but censored to fit the production code of the time. It starts in Monte Carlo where a young woman, whose name is never mentioned and who is working as a companion to a rich older lady, happens to meet a somewhat older man.

He turns out to be the fabulously wealthy Maxim de Winter, whose beloved wife Rebecca has died a few years earlier. He instantly takes a liking to her, specifically to her innocence and youth, and eventually proposes that they marry and that she return to his ancestral home as the new Mrs. de Winter.

She immediately agrees and they head off on a very happy honeymoon. Arriving back at his enormous mansion she is overwhelmed and terrified by her new responsibilities, and convinced that everyone at the manor would prefer Rebecca instead. She is clearly uncomfortable with the vast amount of Rebecca’s things that are still in the house, as well as the assertion from everyone she meets that Rebecca was an impossibly perfect woman.

Eventually she learns more than she ever hoped to about the first Mrs. de Winter, and things head in a Hollywood thriller style direction.

The first part of the film, which is mostly concerned with the fears and insecurities of the new Mrs. de Winter, was the most interesting part to me. It’s a classic portrayal of Impostor Syndrome, or the belief that you are not responsible for your own accomplishments and that others will soon expose you for the fraud you are.

The unnamed heroine of the film, played to perfection by a young and truly lovely Joan Fontaine, is clearly convinced for most of it that she has absolutely no business being in the position she’s in. She seems absolutely convinced that everyone around her, the staff as well as her husband, are about to discover that she’s fooled them all and send her away. She constantly tries to convince them all that she’s not smart or witty enough, and continually blames herself for basically anything that happens.

It makes sense for her to be nervous, after all she’s suddenly the mistress of a rather imposing household, but she goes beyond that into a complete inability to accept her authority or position. Only after being pushed almost to the edge does she start to rally, and up until that point she represents one of the most complete and interesting portrayals of this particular psychosis that I’ve ever seen on film.

I don’t want to give too much of the story away, but our heroine finds out some information near the climax of the film that she really should be far more shaken up about than she is. Instead she seems almost totally fine with what she learns, and I think it’s because it comes along with an unassailable proof that her husband loves her and that she actually belongs in her new life.

Because this information combats her psychological issues, she is willing and, in fact happy, to overlook the really worrying information that comes attached to it. Instead she hones in on the part that fixes her personal problem, and completely ignores the very real and scary possibilities that are presented to her.

It’s the last truly fascinating part of the film, everything after that devolves into a serviceable, but less impressive, Hollywood thriller. The end of the film is entertaining and suspenseful, but it’s not particularly Hitchcock, and it loses the eerie character study element that proceeds it.

I’ve read that producer David O. Selznick, of Gone with the Wind fame, controlled Alfred Hitchcock completely during the production of this film. He wanted a typical Hollywood adaptation, and he got it, but we’d all be better off if he’d achieved his goal a bit less, and Hitchcock had achieved his a bit more. - Oct 27th, 2014