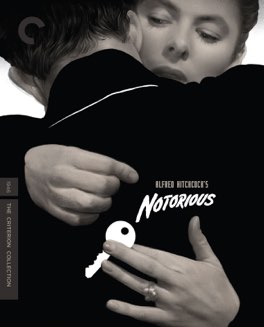 It’s not a bad film, but it’s lacking in most of the elements that make Hitchcock films so wonderful. This one was a miss for me.

I never thought I’d use the following to describe an Alfred Hitchcock picture, but here goes. This film is boring. I seem to be in the extreme minority in this opinion, most reviewers hail this as the best of Hitchcock’s American work. But, for me, this film falls pretty flat. It’s not a bad film mind you, the middle part is legitimately suspenseful and exciting, but it’s bookended with long periods that I struggled to make it through.

My first complaint is the way the story uses the wonderful Cary Grant. This film is lucky enough to have one of the most charismatic actors of all time and here he is reduced to being a parody of a cold secret agent. He rarely says anything that isn’t gruff, he seems to show no human emotion at all, and I see no reason Ingrid Bergman’s character would ever fall in love with him. Perhaps that’s partially because she and Grant have absolutely no chemistry on screen at all. It barely seems like they want to be in the same room as each other, let alone in a complicated love affair. I read one review that said that even though their love seems completely absent we believe in it because of the pedigree of the films stars. That didn’t happen for me at all sadly.

Where is the humor that Hitchcock is so known for? That he himself claimed needed to be present in order for a movie to be truly his? The great director François Truffaut said that this was the most perfect representation of a Hitchcock film that was ever made and I have to say I couldn’t disagree more. Films like The 39 Steps, or Foreign Correspondent, or The Lady Vanishes are also very suspenseful, but not at the expense of wit or humor. The story here is dry to the point where it bored me, and that’s something no Hitchcock movie has ever done before.

As I said, the entire thing isn’t bad. There is a period, after the story gets going, but before the climax, that I really enjoyed. I started to think that maybe it was just a slow starter, and I started to find my way into it. But then things changed again and the ending was just as mediocre to me as the beginning. Maybe I just wasn’t in the right mood to enjoy this one, and I’ll certainly try again someday, but for now I have to say again what I never thought I’d be saying in the first place. This film bored me. - Mar 22nd, 2014