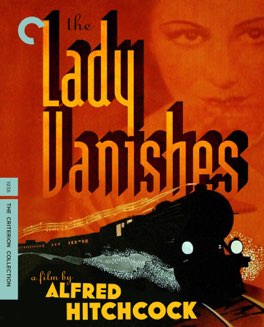 This lovely and entertaining film lays the groundwork for many of the themes Alfred Hitchock would later employ to great effect.

It’s obvious to compare this film with Night Train to Munich, they were written by the same team, they both take place largely on a train, they star the same leading lady, Margaret Lockwood, they’re both comedic suspense films, and Carol Reed even used the same two British travelers, Charters and Caldicott, that first appear here. And yet, they couldn’t be more different.

Part of that difference is simply an accident of historical timing. When this film was made the war hadn’t yet begun. There’s no hint of Germany or the Nazis, the enemy here is the fictional country of Bandrika. There’s no Gestapo, no concentration camps, and no spy rings. Rather this film uses the same theme as The 39 Steps and Foreign Correspondent, that of a secret treaty between European powers, the details of which are vital to British defense.

Like Night Train to Munich, this is also, at least partially, a comedy. But where that film seems naive and almost irresponsible in its light hearted take on the Nazis, here the comedy seems to flow naturally out of the plot. Also, by the time the suspense really kicks in the comedy has mostly gone, and the only really silly bits left are dialogue from the delightful Michael Redgrave, and they seem to just be a part of his characters personality.

There are so many things to love about this film. The way everyone is so quintessentially British, at one point one of the characters is shot through the hand and barely even registers the hit. The way tea-time is a major plot point. The fight with the magician. The frozen folk dancers. The wonderful acting by just about everyone involved, and the beautiful scenery that the train passes along.

You can see the foundation here for Vertigo, with its examination of psychosis. Or Psycho, with its clever use of a missing person to inspire suspense. You can also see a little North by Northwest and Foreign Correspondent, in the way the dashing gentleman uses humor to distract from an otherwise hopeless situation. All the elements that make a Hitchcock film are present here, and they’re all very, very well done. - Mar 17th, 2014