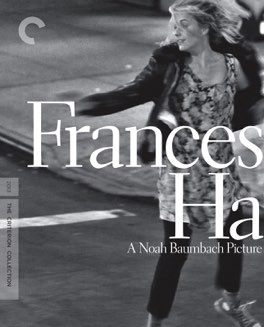 This is the movie Tiny Furniture wanted to be. There is a serious dearth of coming-of-age stories with female protagonists, but it feels like it’s finally starting to happen. More like this please!

Traditions can be a lovely thing, especially when they’re self chosen. Over the last few years, one tradition in my house is that my wife will help choose my first film of the year, and then we’ll try and watch it together. The first time I remember this happening was in 2018, with In the Mood for Love, which makes this the fourth consecutive year. This is the first year, however, where she actually stayed up and watched the entire thing with me. It was so great.

Her request was for a film that would be heartwarming. Not the easiest task in this collection. There’s something about art cinema that tends towards the depressing, or at least to the challenging. Finding something that leaves that nice feeling at the end is more of a surprise than anything else. This was perhaps a slightly unlikely candidate to achieve that goal, but it absolutely came through in the end.

The essay that Criterion includes for this movie describes it as a romance between the title character and her self. I think that’s a very apt description. Frances is a classic twenty-something mess when we meet her, and the film follows her as she begins to clean herself up. Sometimes literally, in the case of her usually messy bedroom. That we’re following a woman on this journey is all the more notable. This had vibes of Smithereens and Tiny Furniture, but slightly happier than the first and with a more likable heroine than the second.

There’s something so interesting about the idea that in order to move on you sometimes first have to give something up. Frances has been chasing a dream version of herself for a long time. She’s attempting to live in the movie version of her life, and she’s repeatedly failing. She’s not rich enough, not talented enough, not lucky enough, not lovable enough. She’s just not enough. But, of course, she is far more than enough. She can achieve all the things that signify personal growth at the end of the story at basically any point during it. All she needed was to be ok with not turning out how she imagined she would. It’s a good lesson for all of us. - Jan 5th, 2021