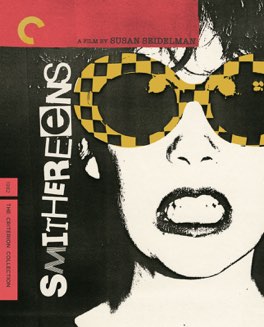 I absolutely loved this. It reminded me a little of my own youth, but mostly it was just so great. There’s something so depressing about this film, in a way that makes me weirdly happy.

There’s something utterly hopeless about living in a big city and being in your twenties. At least in the modern world there is anyway, I imagine this was very different pre-Industrial Revolution. It’s something about encountering the gap between all the promise your parents, teachers, and other elders promised you had when you were growing up, with the realities of the difficulties involved in finding a path for yourself in the real world. Almost everyone has dreams, but many of us had no idea about how to make those dreams a reality.

This movie follows the story of Wren, who has come to NYC from New Jersey, with the vague goal of being someone in the early punk scene. She works a dead-end job at a copy shop, which mainly allows her to xerox her own face and put up posters around the city. She lives in a rundown apartment with roommates, who are just waiting to run out on the rent. She messes around with various guys, who she thinks will help advance her goals, but who are absolutely not going to. She’s generally a mess, and she’s not very nice to anyone she encounters. She’s basically using everyone in her life to try and help her achieve... something. I’m not sure she even knows what.

Figuring out how to achieve things in life is hard for anyone, but I can’t even imagine how much harder it is for people who have no real support system. No matter how lost I got, or how confusing things were, I always knew I had a family that could help me. I always knew I had connections to people who could maybe help me. There was always a net. I’ve always known that was a privilege, but lately I’ve been realizing just how fortunate I really was. I struggled, don’t get me wrong, almost all of us do. But I struggled in a context that was designed to help me succeed. That makes such a huge difference.

Still I can definitely relate to the ephemeral nature of so many relationships of youth in a big city. I think back on all the people I used to know. People who barely mattered to me then, and really don’t matter to me now. They were just people, there to fill the time, or precipitate adventure. I don’t think I was anywhere near as selfish or lacking in empathy as Wren, but I definitely had people in my life who mattered less to me than I did to them. Of course I also had people in my life where it was just the opposite. A lot of it was fun, a lot of it was confusing, and a lot of it just plain sucked. I’m honestly glad to be done with it, even if I still enjoy thinking back, or watching a film like this one that reminds me. - Dec 30th, 2018