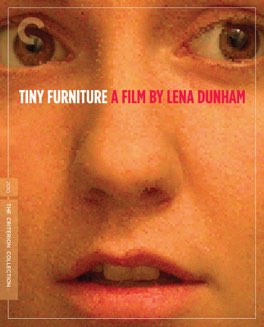 Not a great film, but certainly not a bad one. There were more than enough moments where I laughed, or thought, for it to be worthwhile.

This is an amusing film, more than it’s a funny one. The dialogue is a bit stilted in places, although that might have more to do with its use of non-professional actors. There are small moments that are laugh-out-loud funny, but it’s more wry than uproarious. It’s a small film, inward looking rather than outward. It’s not a great film, but it is a good one. None of these points should engender any strongly hateful reactions, and yet this film does. The vitriol directed at it seems to be entirely missing the point.

This is the story of Aura, who has just graduated from Oberlin, a liberal arts college in Ohio. She has recently broken up with her college boyfriend. She has come back home to live with her mother and sister, in their ultra hip apartment in New York City’s Tribeca neighborhood. She immediately falls into something of a post graduation funk, while also returning to the destructive friendships she left behind for college. She starts a menial job, only to quit. She abandons a plan to move in with a college friend. She wanders around NYC, mostly messing things up, and getting basically nowhere.

To some degree I can relate with this film. I’m Jewish. I grew up in a coastal urban center, although in my case Seattle. I also left that city for a small liberal arts college in Ohio, in my case Antioch. I even also majored in something with very little job possibilities, in my case music. I don’t have a famous artist for a mother, but I do have very accomplished parents, and a sibling who was sometimes perceived as more likely to succeed than I was. In that way, it wasn’t terribly hard for me to see these people. I know people like these people.

What I find impressive about this film, is the way Lena Dunham strips away any sense of coolness or likability for her character. This is a version of the classic “witty loser/loner just trying to find a way” genre. We’ve seen that basic story before, many times. We’ve even seen female versions of that story before. What I hadn’t seen was someone completely willing to avoid any even vague notion their character might secretly be cool. There is nothing cool at all about Dunham’s Aura. She’s rude, she’s petty, she’s a bad friend, she’s a true loser. It’s incredibly bold to put yourself out there, without even a wink to the audience that this might just be a role you’re playing.

I think part of the reason the film is so loathed in some circles, is because it succeeds so well at this goal. Dunham is so convincing in her portrayal, and the film feels so unprofessionally acted, that it’s easy to confuse her for her character. This is even somewhat true for Dunham herself, who explains in an interview with Nora Ephron, that she occasionally forgot that this isn’t, strictly speaking, autobiographical. Because it’s so real, and because Aura is so unlikeable, it’s possible it transfers that distaste to the filmmaker herself. Or, more likely, it’s just bargain basement sexism. Whatever it is, it’s unfortunate, as this is certainly a worthy film to experience. - Dec 4th, 2016