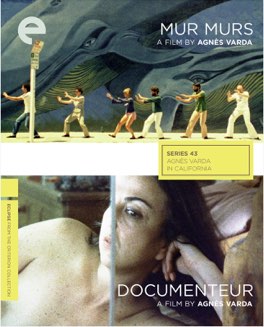 Maybe my least favorite of this set, but that’s still pretty high praise given the overall quality. This was an incredibly journey, and I’m so happy I got to take it.

There’s a wonderful thing that can happen sometimes, when watching a movie.

You start out not really enjoying it, or maybe just not being able to find your way into whatever it is that the film is trying to accomplish. Usually that’s the end of it, but sometimes, if you stay patient, you can find a way in.

The story begins to open up, or whatever the filmmaker is trying to do becomes more clear. Whatever it is, something finally clicks and you start to enjoy yourself. That’s what happened to me with this film.

This tells the story of a young single mother, recently separated from her spouse. She’s also newly immigrated from France to Los Angeles, and trying to find her way in a new country and home.

She has one son, that she is suddenly trying to raise alone. The story is set in the backdrop of Agnès Varda’s previous film Mur murs, using the murals around LA to provide the setting.

Additionally, the two films intersect in a neat way in the middle. Not much in particular really happens in this film, it’s a slice of a small period in this one woman and child’s life.

Initially I was turned off to the film by the narration. It represents the interior thinking of the woman and I just couldn’t connect to it. It felt painfully French, full of contradictions and high-mindedness.

It reminded me of those two Godard films I watched earlier this year that I didn’t enjoy. It felt so horribly pretentious and impossible to follow. But, as the film progressed, the story filled in the gaps and it all came together.

The narration remained, even to the end, my least favorite part of the film, but it stopped being a hindrance to my enjoyment. Instead it became a marker that something significant had happened, even if I was never sure exactly what. - Aug 10th, 2019