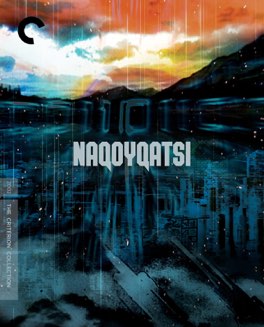 This isn’t on the level of the first two films in the trilogy, but I still enjoyed it. I’m hoping we eventually get a fourth entry, and that it happens because things have taken a turn for the better.

If Koyaanisqatsi was a warning, and Powaqqatsi a threat, then this film is from after the damage is done.

Where the first two films felt like a mixture of hope and fear, it’s almost entirely fear here. This is, as the Hopi title suggests, life as war. From that perspective, I’m not sure this film has as much to offer as the previous two.

Warnings and threats can be responded to. What are we supposed to do with an acknowledgment then? Can it spur us into action?

Over the last few years I’ve become more and more concerned by the various divides in our world. The intense and seemingly ever-widening gap between the haves and have-nots.

Historically, that’s what you see right before a great upheaval. The world can only bear so much inequality, before it has to balance the scales in some fashion or another. In almost every case that balancing is unbelievably violent.

This film is more than that though. The idea that we’re losing ourselves in our technology is resonant for me. I’m a lover of technology, and a believer in what it can enable. Lately I’ve felt more strangled than empowered. Creating community was always hard, but as we retreat into ever more compelling displays of self-aggrandizing egoism and narcissism, it really begins to feel hopeless.

This film certainly isn’t hope inspiring, unless you think that the ideals of human athletic endeavor are a path forward. I just hope it’s not already too late to change course. - Dec 3rd, 2017