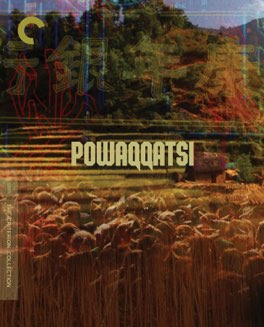 Another beautiful film, full of incredibly moving imagery. This time it’s all so slow and measured. It didn’t quite reach the heights of its predecessor, but this was still an absolute treat.

I got into quite a few discussions in college about the nature of technology.

My school was a mixture of hippies and activists, what we used to call indie kids, and progressive types. As you might imagine, in an environment like that, the subject came up fairly often.

One argument used to drive me insane; the idea that we should protect third-world people from the evils of our technology. In that sentiment I saw so much ignorance, racism, elitism, and fear.

Unpacking the language is helpful. In this case it’s even easy, given that I wrote something of my own straw man to argue with. Nevertheless, those words do represent an idea I’ve dealt with over the years.

The first problem I have is the word we. Who is we? Who decides who gets access to technology, and who doesn’t? It’s the hight of imperialism to assume it’s our decision whether other societies can benefit from everything the world has to offer.

The second issue I have is the word protect. What are these enlightened people protecting others from exactly? There is an assumption here, that technology is inherently evil. That it’s a malevolent force that has descended on our society, and we should save others from its wrath.

There’s a big problem with that assumption, beyond the paternalism of assuming you know what’s best for other people. The problem is, how do we decide how much technology is too much? Clearly we’re not going to eliminate everything, all the way back to fire. So how do we pick what’s good and what’s bad? And again, who does the choosing?

The third issue I have is the idea of a first-world/third-world divide. There’s a romanticism some people have, around what they would think of as more traditional cultures.

The idea that the modern world has destroyed “our” traditional cultures, and therefore we must protect anyone who can still be saved from its destruction.

Beyond the basic idea that perhaps those other people might want to work a bit less hard, or have better access to medicine, or to clean water and food, there’s another issue. It’s so incredibly arrogant and destructive to assume you get to decide how someone else’s culture should evolve. - Sep 16th, 2017