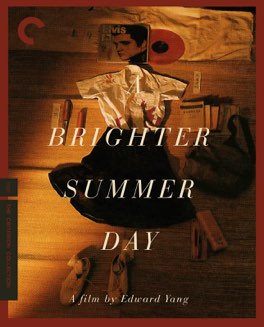 A powerfully brilliant work of art. This is the kind of film that requires an immense investment, but massively rewards those willing to give their time.

I try to keep these posts light on spoilers, something which isn’t usually all that difficult.

As I’ve mentioned previously, I’m not “reviewing” most of these films, but rather looking for something that interests me in regards to them. When those things are historical, or thematic, or personal, in nature, it’s very easy to only tangentially refer to the story in the writing. When what I want to discuss is the story itself, however, it’s obviously much harder not to go into specifics.

This is one of those times, and while I’ve still kept it as light as possible, I love this film too much to want to have any part in spoiling the resolution for anyone. Therefore, if you haven’t already seen the film, and you have any desire to ever watch it, I strongly recommend you do that first, and then come back.

This is a hard film to summarize anyway though, largely because it’s four hours long, and features over eighty speaking characters. At its heart, it’s a film about a teenager named Xiao Si’r, growing up in 1960s Taiwan. He’s recently been demoted to an unprestigious night school, for academic issues, and is surrounded by waring street gangs. He’s also developing a major crush on Ming, the girlfriend of the leader of one of the gangs.

The film is about his particular journey, but also about the historical perspective of Taiwan during this period. This was a time of martial law, and a time when families were torn between trying to establish lives in their new home, while also believing they would soon be returning to mainland China. The film uses all of these details to tell the main story, and they give it a sense of place that most films never achieve.

Si’r is a fairly stereotypical representative of disaffected male youth, a group that is so often the focus of these coming-of-age type stories. He’s quiet, mostly passive but willing to stand up for himself when absolutely needed, and he’s slowly developing a serious mean streak his family hasn’t noticed.

His relationship with Ming comes to dominate the story, and he becomes absolutely convinced of what he would consider her virtue. When he finds out she’s a person with issues, just like he is, he’s unable to reconcile it with his fantasy of her, and decides he has to save her.

When she makes it clear she’s not interested in his desire to change her, he reacts with horrifically violent consequences.

If there is a counterpoint to that argument though, it’s a film like this one. This story, of a young man falling hopelessly into ruin, is the narrative of many films. What this one does so impressively is to tell this story in a way that makes the journey seem completely believable. Because of the long running time, and the ensemble staging, we fully inhabit this world, we know these people, and as we witness Si’r slowly succumb to confusion and violence, it’s surprisingly affecting.

I’ve had real trouble putting together my thoughts about this film. Finding anything coherent to say about such a broad film, which features so many different character arcs, is a real challenge. I feel as if I could have gone in twenty different directions, and barely scratched the surface of this incredible wonder.

What I’ve tried to do is to explain a little bit about why I found it so worthwhile, in the hopes that someone who had less interest in it initially, might be compelled to give it a chance. I don’t have room in my life for many films which require this much investment, but I’m really happy I was able to find the time for this one. - Mar 27th, 2016