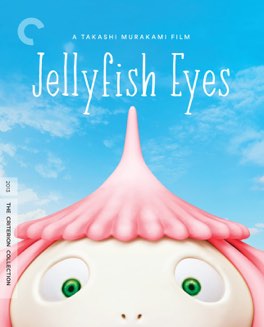 A remarkably inventive and engaging film, and one that I found not just entertaining, but rewarding as well.

Longtime readers may have noticed that over time my writing about these films has moved farther and farther away from anything that could be referred to as a review.

That’s not by accident; it occurred to me over time that it was ludicrous to try and conventionally review most of these films. The vast majority of the films I’m watching have had decades of appraisal and re-appraisal from virtually every critic or film student who came across them.

It seems almost totally pointless then to talk about how much I loved the cinematography, or that the acting was good. Instead, my purpose in writing about these films has become something somewhat different. I try and find an angle, perhaps its the film’s history, perhaps it’s how it made me feel, perhaps it’s an argument I’ve seen repeated about the film, and then I write about that.

All of this is to say that I find myself in a rather interesting position as I start contemplating how to talk about this film. It is, after all, a very recent film, not even three years old. It comes from the mind of noted Japanese visual artist Takashi Murakami, who is of sufficient renown that the film community took notice.

They took notice, but it has been almost totally panned by the majority of critics who’ve so far written about it. It therefore doesn’t seem quite so ridiculous to try and throw my hat in the ring of a more review-style entry, especially as I seem to be on the fairly sparsely inhabited island of people who not only enjoyed this film, but also feel it’s worthy of deeper consideration.

I’m going to try then, to explain what I found rewarding about it, and why I think it’s a good film.

Before I do all of that though, let’s go over what the film is actually even about. It tells the story of a young boy named Masashi. He has recently moved to a new town with his widowed mother, after his father died in the 2011 Tōhoku earthquake and tsunami disaster that led to the meltdown at Fukushima. They’ve moved to this small town because its where the mother’s brother works as a research scientist.

Quickly Masashi learns that this town is quite unlike the place he’s come from. The scientists at the university have been tapping into the negative energy present in children to create Pokémon style creatures called F.R.I.E.N.D.s, that they’ve given to the kids in town.

The kids control these creatures with cell phone like devices and fight each other in video game style battles. As Masashi gets used to this idea, as well as bonds with his own F.R.I.E.N.D., he begins to discover that there’s a more sinister side to what’s going on.

It’s a ridiculous plot, and I wonder if that’s one of the main reasons that so many people seem to have had so much trouble with this film. Which surprises me a little. After all, Japan isn’t exactly free from a history of using low-culture as a way to discuss bigger ideas. The most famous example of this is probably 1954s kaiju masterpiece Godzilla, a film that is just as overwhelmingly goofy as this one, and also aiming to talk about some pretty serious stuff.

As I mentioned in my entry on Valerie and Her Week of Wonders, I really enjoy when stories use the absurd and fantastical in order to discuss deeper subject matter. Godzilla uses its protagonist to talk about the atomic bombings of Hiroshima and Nagasaki, and this film uses its absurdness to discuss similar things about the 2011 disaster, as well as the general theme of the negativity of childhood.

It’s that second theme that perhaps draws me into this film so deeply. I am a huge fan of Charles Schulz’s Peanuts, and I found some definite similarities between it and this film. Specifically in two areas, the first being the allowance of children to be primarily driven by negativity.

Charlie Brown is a depressing character in a lot of Schulz’s best stuff, and the children of this film have their fair share of that energy as well. The basic premise, that their cartoon protectors are generated by the negative energy of their upsetting childhoods, is one that I definitely could relate to. In addition, there’s a very similar presentation of their relationship with the adults in their life. Much like Peanuts, the adults are essentially either not-present or completely clueless.

This is most obviously demonstrated in the film by a couple of boys who are literal orphans, but there’s a distance between all the children and their parents.

That’s not to say that I don’t see the flaws in this film, it’s certainly nowhere near perfect. A lot of the criticisms I’ve seen are completely valid in many of their points. The effects range in quality, and a lot of the dialog is very JRPG in its overwroughtness. Some of the themes are barely cloaked in their metaphors, or presented with perhaps a bit too much heavy-handedness. The whole thing is an absurd spectacle, and could definitely turn off those who look down on Anime, or video games.

I just don’t care about any of that. The film put a smile on my face, I enjoyed my time watching it, and it made me think a little bit about some things. For me that’s enough, at least this time through. I think this is one that I’ll be making quite a few returns to, to try and get a bit deeper into some of its ideas. - Jan 9th, 2016