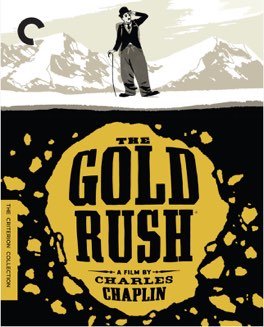 A beautiful work by an artist who understood humility like perhaps no other. One of the flat-out funniest films I’ve ever seen, in both of its incarnations.

The question is to what degree an artist should retain ownership over their work, after it’s been released for public consumption.

Should the artist continue to control all preservation and protection of that work, as well as exert dominion over the experiences the public are allowed to have with it? At what point has the work become the collective property of all those who love it, rather than the whim of the artist who created it?

You could call it “The George Lucas question,” but in this case it’s more appropriately “The Charles Chaplin question.”

This film follows Chaplin’s Little Tramp as he attempts to make his way during the Alaskan Gold Rush. He heads out prospecting, works in town, meets the locals, and generally gets into one ridiculous situation after another. It’s all incredibly funny, and it’s the usual Chaplin style of humor with a conscience.

As in City Lights, the Little Tramp character is outside of the boundaries of respectable society, and a lot of the joy in this film comes from the way that we laugh with him as he punctures the respectable people around him.

Chaplin’s Tramp, unlike the glasses character of Harold Lloyd, is a commentary on society from the undesired outsider, rather than from the everyman within.

The film was originally released in 1925, to huge success. It was the fifth-highest-grossing silent film in cinema history, as well as a critical darling. However, by 1942 silent films were as passé as could be, and Chaplin re-released the film as a talkie.

He did so by adding his own narration in place of the original intertitles, editing the story to change the ending slightly, and shortening the length by removing a subplot. The sound version of the film was also a massive success, both commercially and critically, and was nominated for two Academy Awards in 1943.

Once Chaplin released the 1942 film, he lost all interest in the preservation or distribution of the original. He considered the sound version to be the definitive one, and believed he had destroyed the original silent negatives.

Even though the film was technically in the US public domain, due to his lawyers failing to file the necessary copyright extension, he successfully blocked the distribution of the 1925 cut on the basis that it was still under copyright in England. He didn’t want anyone to see the 1925 version, just like Lucas doesn’t want anyone to see the original non-special edition Star Wars films.

The only reason I was lucky enough to be able to see the 1925 version at all, was due to the incredible restoration work of film experts from around the globe. Pieces of the film were recovered from various locations, and together they were able to put together the closest thing we’re likely to see to what the film originally looked like.

This restoration work started in the early 90s, long after Chaplin died, but with the blessing of his estate. Given the lengths to which Chaplin worked to prevent this during his lifetime, I have to believe he would have preferred they hadn’t. Which brings me back to my central question, which is interesting to me because I enjoyed the silent 1925 version far more than the 1942 sound one. To what degree should Chaplin’s feelings about this matter at all?

Chaplin himself may have preferred his later reworking, but I didn’t. The original film is clearly how it was intended to be seen for one thing; the narration in the sound version feels tacked on, which is exactly what it is. While Chaplin has a lovely speaking voice, he doesn’t particularly add anything to the wonderful story that was already there. And he alters the story itself in ways that I found quite unfortunate.

Specifically, he removes a lot of the romance between the Little Tramp and his love interest Georgia, which changes the feeling of the film. This was likely done because, while in 1925 Chaplin was having an affair with the actress who played Georgia, Georgia Hale, by 1942 he had long since moved on.

Both versions are lovely films, full of an incredible amount of humor and charm. But only the silent one really made me fall in love with the characters and the story. In the sound version I felt distracted by being read to, and missed the emotional connection the love story created.

Ultimately, I find my answer to my central question a cop-out, but it’s the only one I’ve come up with so far. That answer is that an artist should have full control over their work, but also that I wish they could understand the joy that so many have for that work, and provide the public with access to both the originals and re-releases.

In the end, I’m just glad that through luck and a lot of people’s hard work, we’re able to enjoy both of these phenomenal films. - May 31st, 2015