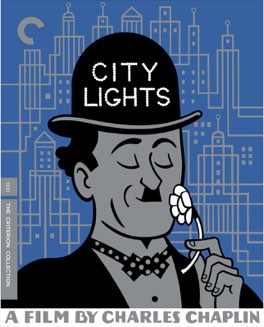 Not just a surprisingly entertaining and enjoyable film, but also shockingly moving. I can’t believe how much I felt connected to the story here, especially with the lack of dialogue.

Silent movies are very hit and miss for me. I love the macabre Häxan but, other than that, I usually find myself pretty bored. For me, a good film needs a strong story and, usually, witty dialogue. Without that I tend to have trouble becoming invested in the characters and the plot. None of that was the case with this film, however, it had me totally enthralled from beginning to end.

The story here follows Charlie Chaplin’s Little Tramp character as he buffoons around, ultimately saving the life of an alcoholic millionaire who immediately rewards him by taking him out on the town. The catch is that, as long as the millionaire is wasted he and the Tramp are best friends, whenever he sobers up he immediately throws him out of his house. Simultaneously, the Tramp meets a blind flower girl and falls hopelessly in love with her. After finding out that she can’t afford her $22 rent he decides to do whatever it takes to help her.

Silent films, as I said, are not usually my favorite. But this was different. I found myself completely captivated by the Tramp and everything he did. The film follows him through quite a few slapstick adventures, also not typically my favorite genre, but here they play out so entertainingly. I was shocked at how much I liked this film. So different, for example, from The Bank Dick, another slapstick movie, which I really didn’t like very much. I think the difference here is that, while W.C. Fields’ character was an idiot, the Tramp is actually a highly likable personality that I found myself actively rooting for.

Virginia Cherrill is absolutely wonderful as the blind flower girl. Her scenes with the Tramp are so tender, and yet not cloying. Especially notable was her role in the ending, so sweet and so satisfying. There are many great moments in this film, from the boxing match, to the millionaire’s initial suicide attempt, to the attempted robbery and getaway. Everything is filmed brilliantly too, the whole thing feels like a fairy tale world, that happens to be set during the depression. It’s a beautiful film and I’m glad I was able to overlook my usual distaste for silent films and enjoy it. I can only hope there are other films out there that I will feel similarly about. - Apr 7th, 2014