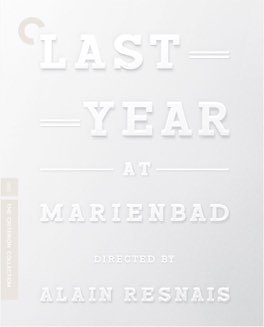 An almost totally opaque story, full of confusing misdirection, and maddening in its art-house pretentiousness. The film was made somewhat tolerable by the incredible beauty of its cast and setting, but man this was a hard one to get through.

Well then. This is, without a doubt, the single most French film I’ve ever seen, and I don’t mean that in a good way.

This is the film that terrifies people who think they don’t like foreign films. It’s full of all the staples of pointless art films; the complete lack of a narrative story, the absurd stilted dialogue, the confusing flashbacks and flash forwards.

This is a film that can not be parodied, as it’s already the logical extreme of any parody that could be made of it. It’s as though someone watched La Pointe Courte, which I loved, and saw the line that was drawn in that film between narrative and ridiculous artiness and thought, hmm, I wonder what it’s like way, way, way over that line. Like in another country past the line, so far away from the line that I can’t even see it in the rear view mirror anymore.

The “story” that is being presented here, if taken completely at face value, would appear to be a dramatization of the psychological rape of a woman by a twisted and confused man. But, clearly, we aren’t necessarily meant to take it at face value at all.

To summarize the plot, a man the script knows only as X meets up with a woman known as A and attempts to convince her that they met the previous year and fell in love and spent a night together in her room. She denies any memory of this, but he persists, essentially stalking her and repeatedly attempting to “prove” to her that this happened.

As he tells the story the facts change almost constantly, he doesn’t seem to remember or care about any of the details of their supposed meeting, just that it happened. It’s also extremely unclear why he thinks that repeatedly telling her this is a good strategy to win her over. A also has a husband, maybe, referred to as M, who seems to have some idea what’s going on but never really steps in or does anything about it. As X tells his story he is more and more insistent and almost cruel to A about what happened. And, at some point, we see a variety of versions of their supposed meeting in A’s room, many of which appear to end with X’s forcing her to have sex with him, something he denies emphatically.

All of this leads to X claiming that A told him she needed a year, to do something, maybe leave M, and that if he waited for her they would meet again and go off together, somewhere.

That’s as linear a story as I can construct from this film, minus the ending of course. But this isn’t a linear film at all. The plot jumps around and gives almost no hint to whether things are happening in the “present day”, the “past”, the “future”, or whether most or any of this is happening or has happened, at all. It’s not even clear where any of this maybe happened, we’re clearly not always in the same place, but it’s never explained where any of this is taking place. It’s all extremely confusing.

This confusion combined with the absurdly over-the-top near monologue that X presents throughout the film, make this almost completely impenetrable as any kind of conventional film. I don’t believe it’s possible, or even desired by the director Alain Resnais, to figure out what exactly happened here. It’s a puzzle that has no possible solution.

I really, really didn’t like this film, and found it frustratingly hard to watch. It was a serious struggle to actually make it to the end, and I found myself checking the running time every minute or so and being shocked that I still had so far to go.

Everyone has a limit to the amount of pretentious art-wankery they’re prepared to deal with and I believe I just found mine, at least for now. I also probably wouldn’t like those Andy Warhol films that are just people sleeping, or eight hours of footage of the Empire State Building.

That’s not to say there’s no redeeming qualities at all here. It’s an unbelievably beautiful film, with some of the most perfect shots I’ve ever seen. Seriously, Resnais found some incredible châteaux in and around Munich, and the shots of the buildings and gardens are just amazing. Delphine Seyrig was also incredibly beautiful as A, she wears some of the most amazing dresses I’ve ever seen in a film.

The beauty of these scenes saved the film from being absolutely horrible for me, at some point I just tried to focus on the incredible visuals and ignore the stupid and inscrutable plot that seems designed to confuse and annoy. It will be interesting to see how I feel about this film if I watch it again somewhere down the line, perhaps my tastes will have changed to the point that I’ll appreciate whatever it was that Resnais was hoping to accomplish here.