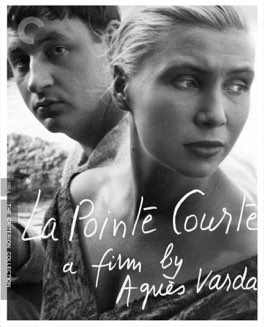 A visually stunning and thought-provoking work that acts as both a kind of documentary and a timeless discussion of the nature of love.

I’m not sure I completely understand this film, but that doesn’t mean that I don’t like it. It’s a beautiful and moving piece, full of breathtaking shots and an incredible sense of place. I may not “get it” but it definitely left an impression with me. It reveals itself slowly, much like the lives of the people it depicts, and I have a feeling that my thoughts about it will change over time, and with more reflection. Already I think it’s absolutely brilliant, a truly modern piece of art that hasn’t lost any of it’s power in the 50+ years since it’s original release. Parts maybe a bit outdated for sure, it’s at times a little hard not to laugh at some of the shots. But, really, that’s only because it created a style that has since been parodied and referenced so much that it’s hard to take at face value, even though at the time it must have been absolutely astonishing.

There isn’t really much story here. Like some of my other favorite films, Dazed and Confused and M. Hulot’s Holiday to name two, it’s more about a sense of place than a particular plot. The film begins with health inspectors poking around the fishing slum of La Pointe Courte, in the French city of Sète. They believe the locals are fishing where it’s forbidden, a belief that turns out to be absolutely true. At the same time, a local who has long ago moved to Paris is back in town and waiting for his wife to arrive. When she does she tells him she thinks they should separate, and they begin a discussion of the nature of their love that lasts throughout the film. That’s basically the entire story, there are some other small vignettes dealing with the various goings-on in the village, but that’s the heart of it. But, as I said, this isn’t really a film about story. The discussion of love by the married couple is so affected and stilted that it’s a bit unreal, it feels more like a dissertation than a plot. This is, instead, a film about place. The entire film was shot on location in the village, and many of the unpaid actors here are simply local villagers. The film takes us on an almost documentary tour of their lives and it’s absolutely fascinating as a vantage point to a bygone era.

This is an incredible visual film. It was director Agnès Varda’s first, and it feels like she was simply exploding with ideas. There are so many interesting shots and moments that it’s a bit overwhelming at times. Almost like an incredibly well done series of still photos instead of a film, which I suppose makes sense as Varda is a trained photographer. The cinematography is truly stunning. I suppose it helps that the place itself was clearly absolutely breathtaking, it really feels like it would be hard not to show something beautiful in these surroundings. But, it’s not just the things in the shots that are so wonderful, but the shots themselves. The composition and attention to small detail is amazing. There are so many interesting things to see that I can’t really remember them all, I think many viewings would be required to really take them all in.

I’m going to want to watch this film several more times in order to really process what the couple that are at the heart of the film are trying to say about the nature of love. What I got this time has something to do with love as both an external and internal force, and a force which changes as it ages. The references to young love versus adult love resonate heavily with me. I really like the idea that the knowledge of another person, and the resignation of being trapped by them that comes with that, is a passion in its own right, comparable but not equal to the passion of physical attraction and new experience. That over time we trade that early fire and attraction for a deeper, but also sadder, love of the very fact of our imprisonment with another person. It’s incredibly moving when the man tells his wife that she will undoubtedly begin to complain once they return home to Paris and she agrees, but tells him that at least now she knows that it’s pointless to fight. There are so many big ideas here, I can’t wait to take them all in. - Apr 16th, 2014