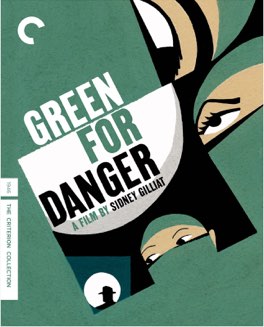 A pleasant and utterly harmless film, that does a great job creating real characters and building up plausible suspense.

This is a fun little murder mystery. Written by one half of the duo that produced The Lady Vanishes and Night Train to Munich, it is a much smaller and sillier film than either, but still a good one.

It was the perfect palette cleanser after The Quarrel, providing much needed entertainment after the seriousness of that film. It’s true that it’s small, as I’ve said, but it’s also very suspenseful and well done.

The story here takes place during the war, at an old mansion turned into a hospital. The film starts with a voiceover from a police inspector, who won’t be seen until much later in the film. Soon after, a man dies unexpectedly during a routine operation. After a nurse is similarly murdered the inspector shows up to solve the case.

The film jumps from serious moments about the lives and wartime experiences of the various hospital attendants to a sort of comedy around the affable inspector. There are some funny moments, for example when he’s scared of impending bomb detonations but provides voiceover claiming it didn’t affect him at all.

The murder plot is a classic whodunnit, full of red herrings and false leads. It’s very effective, I had absolutely no idea who the murderer was until they’d been fully revealed. And even then I didn’t grasp the full meaning of the story until it was explained completely by the inspector.

The small moments between characters were extremely well done, although Judy Campbell was a bit over the top. The rest of the acting, however, was very good and lent a lot more weight to the film than would otherwise have been present.

It strikes me as interesting that this film, made after the war, was set during it. I suppose they needed the war for the plot, but it does make me wonder what was being said by the film about the immediate postwar reality of England, as well as feelings about the war itself.

This is yet another case where I wish I could watch with the eyes of someone who saw it at the time of it’s release. I think there are a bunch of things I missed due to the distance of time.