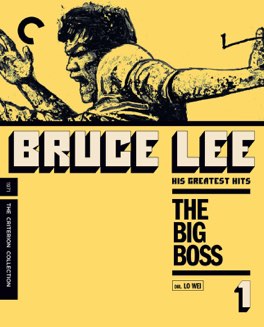 Some stars simply shine brighter than others. Bruce Lee shined so bright it’s like he was being filmed with a different camera, he radiates from the screen.

This is exactly the kind of palette cleanser I was in the mood for this evening. Just a fun martial arts movie, with a transcendent star so full of energy and excitement that he can barely be contained on film. That it had a kind of interesting moral compass as well, with a somewhat surprising ending, was also just what I wanted, even if I had no idea until I got it.

This story is a pretty typical superhero tale. It could be a western, it could be a generic action flick. It happens to be a martial arts film starring one of the greatest martial arts actors of all time. The story follows Cheng Chao-an, a Chinese worker who has come to Thailand in search of a job. He gets involved with a surrogate family who help him land employment at the ice factory they all work at. Of course, the owner of the factory is a drug smuggler and things are super shady.

He has sworn a vow of pacifism to his mother, and initially he lives up to that vow. But when violence breaks out, and the medallion he wears to remind him is broken, so is he. He gets involved in a big way. The whole thing leads to the inevitable boss fight and then, and really this spoils nothing because the story is absolutely not the point here, he kills the big boss in a duel. What’s interesting is that right after that the police show up, and he turns himself in.

The moral is a bit unclear. Should he have listened to his mother and not gotten involved? Should he have stood by and watched as his surrogate family were murdered or kidnapped? Or is it simply the case that one has to get involved, even though the consequences may be personally dire? Personally, I’m going with that one. Sometimes to do the right thing we have to pay a price. It’s easy to do the right thing when it costs us absolutely nothing. But when it might result in our own loss of freedom or privilege? It’s much, much harder. But those are the times that it’s even more important that we do what we know is right. That’s the only way anything will change. - Jun 7th, 2021