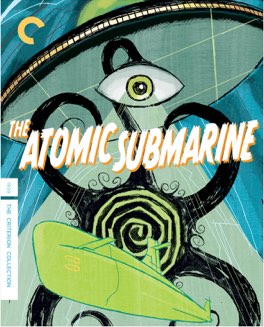 That was fun. Warmongering with a terrible moral fun, but fun nonetheless.

This represents another of those obvious morality films of this era. In this case it’s the peacenik who learns the hard way about why we must remain prepared at all times for total war. I’ve always found that the films of a culture reflect how they view themselves, and this is a great example. This is how America thinks of ourselves, and that’s a real problem.

This is a much more entertaining film than First Man into Space, which I suppose is a problem in its own right. It’s so pernicious when bad politics, morality, or philosophy, is cloaked in something so enjoyable. One has to remind oneself constantly that this is propaganda. Still, I’m old enough and experienced enough to see something like this and enjoy the fun parts while leaving the junk behind.

This was, of course, made for children. They don’t have their antenna tuned enough yet to know what it is they’re being inculcated with. America believes in its own mythology to a startling degree. We have told ourselves that we are strong and brave and noble and dedicated to freedom. We have convinced ourselves of our righteousness, and that justifies building the biggest military the world has ever known.

It’s a myth and a dangerous one too. I do believe there are justifiable times to go to war. Off the top of my head I can think of one in American history. World War II. That was necessary. But all the others were not. I suppose if an alien invader came to threaten us that would also count, but I’m not holding my breath. If you saw this film, then yes, pun definitely intended. - Oct 8th, 2021