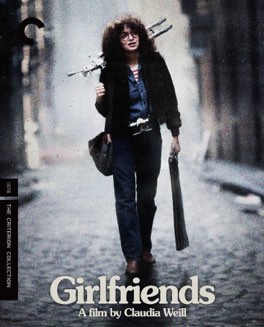 This should be a genre of film. The fact that we only have this one rediscovered gem is infuriating, but I guess I’ll just be ecstatic there’s one.

I’ve mentioned before that I am Jewish-American. We, essentially, invented Hollywood. Many, if not most, of the original Hollywood studios were operated by Jewish people. That was largely a result of prejudice not allowing us to enter other industries at the time, and so we built our own.

Because we built it, we made sure that there was opportunity for us. It was a place where Jewish people with talent could find work. As a result, Jews are hardly underrepresented in the modern movie industry. There are Jewish directors, writers, producers, actors, technicians, editors, etc.

We made sure we had a seat at the table, but we also needed to have it be commercially viable. As a result, Hollywood has always played to the tastes of a majority of its consumers. What that means, is that Hollywood is lousy with Jewish creators, but there is a serious dearth of Jewish characters.

The Jewish stories that do get told are usually either trauma stories, involving Pogroms or the Holocaust, biblical, or they focus on the otherness of the ultra-religious. We don’t get a lot of stories that are Jewish, but also just whatever. This is one of the rare examples I can think of.

Susan is Jewish, and her Jewishness is essential to the story, but it’s not central. This isn’t a story about Jewishness, it’s a story about a specific person who happens to be Jewish. It shapes the narrative rather than dominating it. That’s so rare and wonderful to see.

The other thing about this film that is unusual and wonderful is that it really trusts the viewer to follow along with these people. We don’t get all the details, but not in a withholding or punitive way. We see the parts of their lives we see, and they know the rest. They reference things that the film doesn’t explain or wink at. It’s just life.

Specifically, the coming of age of one twenty-something year old Jewish woman living in late seventies New York and trying to figure her shit out. There are a lot of reviews of this film on Letterboxd comparing it to Frances Ha, which I totally get, but it’s incredibly sad that it took 35 years for there to be something to compare it to. It better not take another 35 for the next one. - Dec 8th, 2021