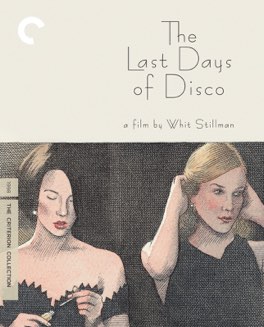 Robert Sean Leonard and Chris Eigeman in the same movie? In a wordy Whit Stillman film about social classes and societal distinctions? That’s effectively catnip for this 90s weirdo teen!

The Last Days of Disco

Characters in the films of Whit Stillman spend a lot of time discussing their social class. In Metropolitan, a ton of the runtime is lent to discussing the so-called Urban Haute Bourgeoisie. In this film, the characters are associated with either their work (eg Advertising, Assistant District Attorney, Publishing), or their opinion of disco. In any case, they don’t want to be referred to as Yuppies. They spend a lot of time talking about the respective values of group vs paired social dynamics.

This pre-occupation with class, place in society, occupation, group conformance, and dating is something that I find absolutely relatable and compelling. I have always been fascinated by questions of identity. Whether it’s race, ethnicity, religion, class, sexual, or almost anything else. I have spent a probably unhealthy amount of my own time contemplating these issues as they relate to me. In other words, I would fit in well conceptually with these people.

I would imagine the stilted dialog that Stillman is famous for is hit or miss for folks. I can envision being a person who finds it trite, or unrealistic, or unfunny, or boring. I am not that person. I am the person who finds it absolutely wonderful. I love being lost in a cinematic version of the world that only exists in the head of a particular creative vision. Whether it’s the father obsessed whimsy of Wes Anderson, or the whip-smart no-one-really-talks-like-this world of Aaron Sorkin, I enjoy realities that have far more interesting conversations.

I really don’t understand why Chris Eigeman wasn’t a bigger star. Other than these Stillman films, and a couple by Noah Baumbach, he hasn’t worked all that much. That is a crime against cinema. He’s absolutely one of my all-time favorite actors, and he has a way of delivering these lines, lines that would fall completely flat out of any other mouth, in a way that makes them just perfect. - Oct 24th, 2020