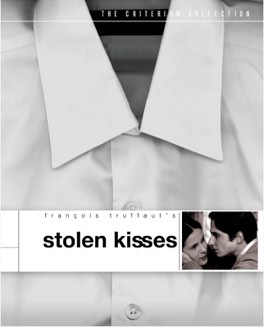 Nowhere near as monumental a discovery as The 400 Blows, but I still thoroughly enjoyed this. The Doinel character is compelling, and he makes whatever situations he’s in entertaining.

This has a very different feel than The 400 Blows, the first film in the Doinel cycle.

That film, which was also Truffaut’s first feature, was a character study in the unfairness of childhood. This is more like a bunch of funny interludes in the life of a young man who doesn’t really have his shit figured out.

I related to the concept of struggle in the first film. The unfairness felt universal, even as the specifics didn’t. The specifics are even less connected to my experience in this film, but the underlying nature of the character remains strongly relatable.

Antoine is now a grown-up, with no family and seemingly no friends. He has a sort of a girlfriend, and he likes her parents, but that’s about it. He bumbles from odd job to odd job, almost always letting circumstance decide his fate.

He keeps moving forward, but with absolutely no ambition. It's an approach to life that resonates strongly with my own history at his age. Unlike Antoine, I had a lot of friends, and a family, but I too had a lack of connection to any kind of directional momentum.

I had no idea what I was doing, or why, and just kind of rode the wave of whatever life handed to me. It's probably not an approach that works for everyone, but it worked for me. It brought me to where I am today.

I’ve always viewed it as sort of the Taoist idea of Wu wei, or at least I have since I read The Tao of Pooh. The concept of action through inaction, of choice through not choosing, feels right. Life has a sort of inherent force, like a wind of possibility.

I don’t like to upset that force or that wind. I prefer to let it push me in whatever direction it will. Lots of people seem to fight it, and create for themselves a levee of sorts. I don’t really do that. I’m much more like a hang-glider, riding to wherever it is life wants to take me.

Antoine acts similarly, and I can’t wait to see where the life force in his world, aka François Truffaut, sends him next. - Jan 21st, 2020