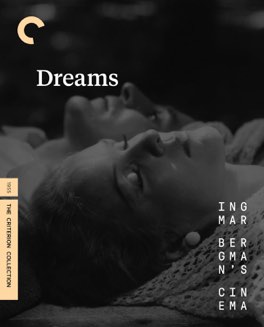 My least favorite Bergman so far, but even that is better than basically anyone else’s movies. I enjoyed the Doris narrative a lot, but Susanne’s story fell flat, and the whole thing coming together at the end was a bit forced.

One of the many interesting subplots in this journey through world cinematic history is the way that the titles of these films get translated in to English. Often it’s literal, but there are situations where that is not the case. One common reason is if there is simply no way to express the meaning directly, for example with something like Wings of Desire. The original German title is “Der Himmel über Berlin”, which plays on the fact that in German “Himmel” can mean either Heaven or Sky.

Other times the title seems to be changed for almost arbitrary reasons. This appears to be one of those cases. The original title of this film is Kvinnodröm, which literally translates as “Women’s Dreams.” I find that very interesting, because to my reading of this story, this is not about women’s dreams at all. It is much more about men’s dreams, and the way that those dreams affect the women they are directed at.

This film tells two interlocking stories. The first is about Susanne, a women who has ended an affair with a married man, and finds herself desperately wanting to see him again. She finagles her model shoot for an advertising company to be in the man’s town, and then convinces him to come see her “one last time.” The other story is that of Doris, the model in the shoot, who breaks up with her fiancé in the opening scene and proceeds to catch the eye of a rich older consul, who convinces her against her better judgement to spend the day wandering around with him.

In both cases the agency in the stories is far more on the side of the men than the women. The married man has ended the affair, and when the two meet up he both affirms that he will never leave his wife, and that he would like to continue the illicit relationship regardless. In the second case, Doris reminds the consul of his own wife, from when they were young and before she had to be committed to a mental institution. He uses Doris to relieve his own past. He almost literally doesn’t see her as her own person, to the point that he doesn’t even learn her name until almost the moment they part.

The film attempts to tie the two stories together at the end, having the two women bond over their heartbreak. Although, even that is almost immediately undercut when Doris returns to her fiancé, while Susanne, at least for now, decides not to continue the affair. Even that connection though, is about the men. These are not women connecting because of their own interests, or actions, but rather just as a means of support through shared trauma.