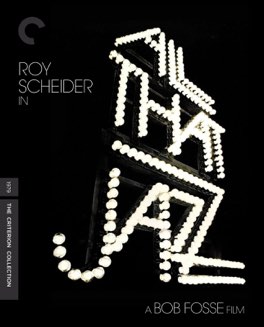 I didn’t love this film as much as I expected, but I did thoroughly enjoy it. The spectacle alone was more than worth the time.

There’s something morbidly fascinating about the kind of ego it takes to predict your own death on film.

It’s even more fascinating when we realize the predictor in question, director Bob Fosse, got the whole thing mostly right.

What kind of person would make a film entirely about how awful they were, mixed together with an over-the-top celebration of their own supposed genius, and have the gall to cast their own ex-wife and girlfriend in exactly those roles in the film? Well, Bob Fosse apparently.

This film tells this story of Joe Gideon, a character based on Fosse himself, near the end of his extremely successful career as a choreographer and film director.

He’s juggling an insane workload, preparing for a new musical on Broadway and editing his new film simultaneously, mostly with the help of a Dexedrine addiction.

He is also a pleasure fiend, who is sleeping with just about any woman who will have him, all the while cheating on everyone in his life.

That is, from what I could learn about Fosse, very close to his actual story. And his death at the end of the film is almost exactly like what happened to the man himself, minus some over the top movie theatrics.

It begs the same question Fellini’s 8½ and Godard’s Pierrot le fou inspire me to ask; what does a man admitting he is awful do to our relationship with his art, or with his awfulness. Does it excuse his behavior? Am I supposed to be rooting for him?

In the case of this film, I was torn. Gideon is a loathsome character in so many ways, but there is a coolness about him that’s hard to deny. Of course, that’s part of the point really. Coolness has all too often been sadly connected to loathsomeness.

I never found myself really rooting for him, but I also couldn’t look away. I think Fosse would have appreciated that. - Jan 4th, 2019