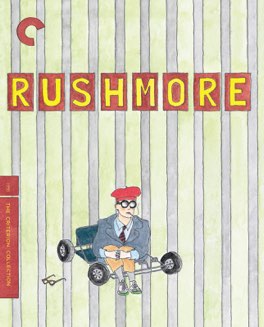 I enjoyed this film, but I would have likely enjoyed it a lot more if this wasn’t my first time watching it. All the hallmarks of later Wes Anderson were on display, and it was great to see the artist undeveloped.

I find myself wondering how different I would feel about this film, if I had first seen it in 1998, or thereabouts. I am an unabashed lover of the films of Wes Anderson. Fantastic Mr. Fox would be high on my list of favorite films period, and most of Anderson’s films are well represented on my mental best-of list. My point in establishing those credentials is simply to say that I’m a fan. Somehow (ok, not really somehow, there’s a reason, but it’s not relevant here) this has remained the one film of Anderson’s that I hadn’t previously seen. I really liked it, but I didn’t love it, and I think timing is the issue.

The film has all the elements to speak to me. The quirky situations. The sadness as humor. The slightly off-kilter version of life. The obsession with offbeat interests. Bill Murray. They’re all here. The issue is that the main character, Max Fischer, represents a version of somewhat toxic masculinity, that I can no longer see with the same naive eyes I would have in 1998. Max is awful. He’s a liar, he’s a creep, he attempts to physically assault Rosemary Cross. Virtually everything he does in the film is laced with a lack of concern or empathy for the other people in his life.

I’d be ok with most of that, minus the aggressive attempt to kiss Miss Cross, if the film recognized his behavior as reprehensible. Teenagers suck. I certainly did. I’m absolutely positive that if I could see my own behavior at fifteen now, I’d want to smack myself too. The issue is that every adult in this film tolerates his actions, and in fact they spend their time worrying about hurting his feelings. They mollify and coddle. Only when he gets physical does the target of his obsessive and inappropriate crush react harshly. Even then she regrets it by the next scene.

All of this isn’t to say I didn’t like the film. As I said, I really liked it. But it did stop me from loving it. I had a conversation with a friend the other day, where we thought about all the things we weren’t aware of ten years ago that we are now. We tried to project what things we aren’t aware of now that we will be in another ten years. It’s a difficult project, as blind spots are called that for a reason. That’s the trouble with culture, it keeps evolving, and what was harmless in 1998 might not be twenty years later. I’m not suggesting that we can’t, or shouldn’t, enjoy things that are a bit less self-aware then we might like, but it definitely gives me pause. - Aug 20th, 2018