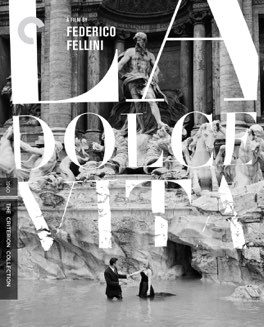 I’m now in the camp that thinks that The Great Beauty might have done this idea better, but this was first, and it was a treat to finally see it.

I write these essays completely disconnected from when I publish them. Typically I’m some number of weeks or months ahead of posting. Therefore, I have no idea while writing this when anyone will see it.

I can tell you I’m writing it on what Jewish people call Erev Yom Kippur, or the night of Yom Kippur. In the Hebrew calendar days begin at sundown, so Yom Kippur starts at what people familiar with the Gregorian calendar would call the night before. It seems surprisingly fitting I saw this film now, at Yom Kippur.

Yom Kippur is the Day of Atonement, the most important day in Judaism. It’s the day that finishes the Yamim Noraim, or the Days of Awe.

This is the time of year, starting with the Hebrew New Year, or Rosh Hashanah, and ending with Yom Kippur, where Jewish people traditionally ask for forgiveness, both from the people in their lives, and from the divine.

After Yom Kippur, the slate is wiped clean for a new year. The idea is we let go of all our sins, and try to be better people in the new year.

I mention all of this because I think people from many cultures could potentially benefit from a day of starting clean. Certainly Marcello could, the character this film is ostensibly about.

Most of the film shows him at a crossroads, unable to reconcile himself to his life. He can’t let himself let go of the past, or embrace the future. He’s stuck. Part of him wants to give in to the vapidity of the world around him, and part of him wants to try and be a serious writer.

His only touchstone for a path forward is dramatically taken away from him. He cannot commit to anything, or anyone.

It’s a bit overly tortured, but somehow it resonates today. I am also a person perhaps a bit disposed to bouts of indecision or paralysis regarding the paths of life. I’ve certainly been confronted many times with no idea of which direction to go.