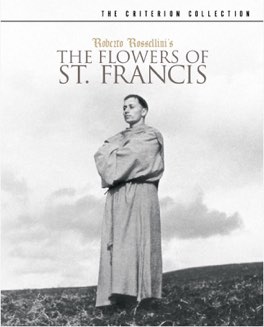 The Flowers of St. Francis

Oh, how I hated this film. I get why people like it, I can see where the merit lies, it’s just absolutely not for me. Another miss for me and Rossellini.

If I was even nominally a Christian, I think I would have found a lot to like about this film.

As it stands, I just don’t enjoy films meant for Christians. Much like with The King of Kings, I’m simply not the audience for this kind of stuff, and it falls completely flat for me.

I really hated this film, it was a struggle to even get through it. The message made me angry, I didn’t find it funny, and I spent the entire time waiting for it to end. I don’t have much to say other than that. This just isn’t for me.

That’s not even quite true, I do have a lot to say. But it isn’t about the film per-se, it’s about the ideals it’s espousing.

The thing is, I don’t have any desire to put those thoughts into the world. Not that they aren’t valid, or well-though out, or whatever. We’re in a time period right now, where the entire world seems intent on dividing people. I have absolutely no interest in being a part of that.

I’d rather focus on the things in life that are working for me, or make me happy, rather than dwell on things that will only upset myself and others. - Apr 12th, 2017