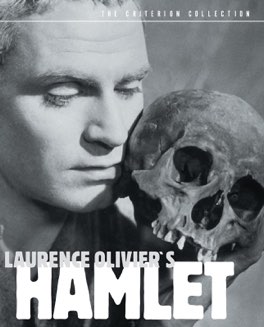 A beautifully shot and atmospheric film. I really enjoyed the costuming and the special effects. Other than that this was an almost total miss for me.

I struggled with this film, ultimately finding it tedious and unenjoyable. Perhaps it was a mistake to watch another Laurence Olivier Shakespeare film so quickly after Richard III. Perhaps it was simply that the plot of the original play doesn’t grab me anywhere near as firmly. Perhaps it was something else entirely. Maybe I was just not in the right frame of mind to find the greatness here. Whatever it was, this was a chore to get through.

Part of it was certainly that the language seemed almost totally impenetrable. I’m not sure exactly why that is. Certainly it’s Shakespeare, but so was Richard III. Something here just completely baffled me. I found myself lost for minutes at a time, uncertain as to what was actually happening. Even with subtitles, and rewinding, it became a job to try and figure out what the prose actually meant. Eventually I just gave up. Olivier cut almost half the length of the original play, which might have had something to do with it.

On the other hand, I do know the basic framework of the story. I’m just not interested in it. Hamlet himself represents a wishy washy person who can’t figure out what to do. Actually, that’s probably why I didn’t like the film. I’m currently also struggling with what to do, in my own life. Thankfully my issues are around employment and a personal mission, and not murder and revenge. Still, it’s not really fun to see oneself represented in a moment of doubt and panic. I’ll have to try this one again someday, when life feels a bit more secure. - Feb 16th, 2017