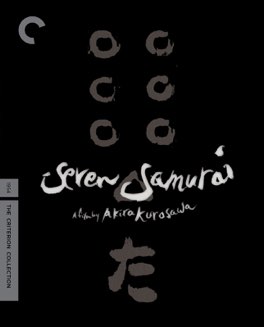 It’s so refreshing when a film you’ve developed expectations for completely lives up to the hype. This is amazing, just like I knew it would be.

Ah the life of a dedicated cinephile. One day you’re writing about how a film makes the most of its seventy-two minute running time, marveling at how efficient the storytelling is. Even more than that, you’re decrying the unnecessary length of so many other, self-indulgent films, seemingly spending audience attention as a testament to themselves. The next day, you’re completely enraptured by one that’s three and a half hours long.

For the most part, I am not a fan of long-form film. I find them self-absorbed, so assured of their own self-importance. So many "auteurs" seem to be in love with the idea that they can subject their audiences to however long a film they want to make. They’re drunk on their own power in the editing room, neglecting the hard choices that can take a good film, and make a great one. After all, Ingmar Bergman made multiple masterpieces in 90 minutes. You don’t need to waste three hours of my time to prove you’re not going to top him.

There are exceptions to every generality though, and Akira Kurosawa is firmly in that camp. His films make the absolute most of their long running time. Filled with so many narrative ideas that I seem to not even notice the time go by. This film is long. Really long. Like really, really long. But it uses that length to expand the possibilities of story. In the whole thing there’s maybe ten or fifteen minutes that I’d say is filler, things that I would probably have cut. The entire rest of the film is the meat, and it’s a delicious meat.

It’s not even that the film is so thought provoking. It’s not really. There’s something interesting about honor here. There’s commentary on caste systems, and the changing nature of society. There’s some unfortunate sexism, that may or not be being examined. But that’s not what makes it special. This film is just pure entertainment, without being stupid in any way. It’s noble entertainment. It’s a masterclass on the brilliance of film making for audience enjoyment, without playing to the least common denominator. - Dec 19th, 2016