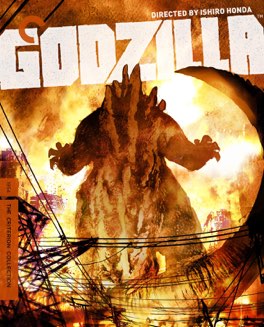 I really enjoyed this film, and on two very distinct levels. There’s a ton going on, and so many things to think about. Also, it’s just a lot of fun.

We never deal with anything, we never acknowledge anything, we rarely apologize for anything. It’s a formula that pretty much guarantees that we will never move on, and are condemned to continue to repeat the past. Japan has a fascinating history with regard to their understanding of World War II. What I’m about to write comes from the perspective of an outsider, so I’m completely willing to believe I’m getting it wrong, but this is how I perceive it.

They seem to have taken a USA style no-apology no-acceptance stance to their culpability in what happened. It’s a complicated subject to be sure. Are the Japanese responsible for the bombings of Nagasaki and Hiroshima? Not directly, no. The choice to use atomic weapons was purely a US decision. At the same time, to portray themselves as purely victims also feels a bit lacking in nuance.

No one could ever deserve what happened to them, but no one could also deserve what they tried to do in the first place. As I said, it’s a weighty subject. What’s incredible, is that I’m writing all of this because of a monster movie. These days we don’t tend to think of the genre as fertile soil for such deep and complicated questions.

But this, the first of its kind, most definitely is. It grapples with complicated subject matter, and on all sides it showcases the complex perspectives of opposing narratives. It’s incredibly impressive. Science and research versus safety and security. Love and happiness versus duty and obligation. Secret divulging versus secret keeping. Discovery and salvation versus war and a never ending arms race.

A towering menace versus a sympathetic anti-hero. The entire film is a study in unresolved multi-variant contradictions. It’s an absolute wonder. - Jun 25th, 2019