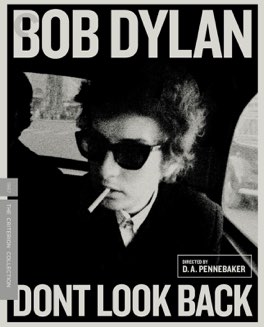 What a wonderfully enjoyable and entertaining film. I absolutely loved it, and I’m only a casual fan of Bob Dylan. It made me want to explore his music more.

It’s typically not good to be considered the voice of a generation. We have a lot of examples of the life altering wreckage that comes from mattering that much to that many people. J.D. Salinger became a recluse. Michael Jackson became unrecognizable and weird, in a seeming attempt to convince his fans to leave him alone. Kurt Cobain killed himself. Bob Dylan, the subject of this incredible film, might have handled it the best. He continually allowed himself to change, seemingly unmotivated by the desires of the people who loved the version of him that mattered to them. This film came before most of that, but it’s not hard, with the benefit of hindsight, to see what comes next.

The film follows Dylan’s 1965 solo tour of England. His fourth studio album, the acoustic/electric hybrid Bringing It All Back Home had just been released, but he’s still playing entirely acoustic shows. He’s just reaching the first apex of his popularity. The film doesn’t really focus on the concert or tour aspects much at all. No song is shown played in its entirety, a choice that director D. A. Pennebaker made very consciously. He later said that to him Dylan was a poet, not a rock star, and he was much more interested in the private side of that life. So, the film instead focuses on what it is to be Bob Dylan. It’s a marvelous choice, that makes the film so much more interesting than a pure tour documentary could ever be.

What it is to be Bob Dylan seems, at this point at least, to be a person who is insanely frustrated with the obligations of his fame. The film focuses a lot of its attention on the divide created anytime anyone tried to interview Dylan. He’s just not at all interested in providing them with what they clearly want, which is easy answers to inane questions. I found it hard not to sympathize with Dylan during these interviews. He’s not nice to these people, but they are so incessantly missing the point that I found myself enjoying the sometimes brutal mockery he makes of their attempts. He answers all their questions with either the least helpful of quips, or a probing question of his own. They seem totally bewildered, as though they’ve never met anyone before who was so uninterested in their reductive nonsense.

He seems to enjoy meeting his actual fans a lot more, which makes a lot of sense to me. These are the people he’s been speaking to with his music, and they aren’t interested in trying to get him to devolve his message. I imagine that’s changed somewhat over the last fifty years, but at this point they really just seem to love his work, and aren’t looking to him as any sort of prophet or anything. These are the moments he comes off the best in the film; he really seems to get pleasure out of interacting with these people who are so motivated by what he has created.

The one time this bends a bit though, is when some fans tell him that they don’t like Subterranean Homesick Blues, which is the first electric track he released. He seems to bristle just a little bit as they tell him that it just doesn’t sound like him. This is what I mean when I say you can see the future laying out. He’s so clearly uninterested in being labeled a Folk singer, and he’s doing everything he can to avoid his work being shackled into any kind of specific labeling or genre. This is how I think he managed to escape less scathed than some of his peers. He seemingly won’t let himself become wrapped up in the expectations of others. He’s only interested in his own progression, which is a phenomenal skill to have. - Dec 12th, 2015