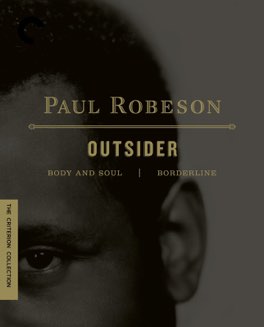 A film that has more importance historically than it does artistically. It’s an up and down experience, but I did find enough value here.

Purely on its own merits, this film was not a mind-blowing experience. It’s far too unevenly made for that, and has a plot that has a few too many holes in it. The original cut that director Oscar Micheaux put together is sadly now a lost film; it was edited down from nine reels (a reel is roughly eleven minutes or so) to five in order to pass the New York Motion Picture Commission’s standards for exhibition. It’s quite a shame really, as the story is so rough, I can only imagine that the extra running time would have helped to tie it all together.

What we do have is an interesting relic from another time. Micheaux was one of the great independent “race film” directors in American history. Race films were an important part of African-American life for about 35 years, starting at the beginning of the silent film era. They were typically made outside the studio system, and almost exclusively shown to African-American audiences. What’s so especially important about both of those facts here, is that they allowed for the truly transcendent Paul Robeson, who we previously saw in The Emperor Jones, to get his start in film acting.

That alone made this film a worthwhile watch for me. Robeson is understandably rougher here than in The Emperor Jones, and of course we’re robbed of the power of that incredible voice, but he still made his presence known in a big way. He’s in a completely different stratosphere than the performers around him in this film, as though he’s almost performing in a different film than they are. He’s so completely lacking in theater conventions, he seems like a modern film actor that wandered into a time machine and appeared in an out of his era silent film. His presence, and the sheer charisma that exudes from him, is simply unparalleled.

Robeson plays two parts, one as a criminal posing as a small town preacher, where he’s malevolent in a way I hadn’t seen from him before. His other role is as the down on his luck penniless twin brother of the preacher. It’s here that the film loses me a little bit to its complexity. It’s trying to tell a fairly involved story, and I wonder if this is where some of that extra footage that was lost might have come in handy. There’s just a lot going on here that never fully comes together. The main story of Robeson posing as a preacher and the mother/daughter family he destroys is fairly complete, but there were a lot of subplots that didn’t feel fully resolved.

The other thing that I really enjoyed about this film was the score. It debuted in 2000 for a live performance and screening at The Lincoln Center in New York, and was composed by Jazz trombonist Wycliffe Gordon. It is magnificent. It moves so effortlessly between different era-appropriate styles, and ties the entire film together. Silent films are so much more dependent on their scores; a bad one can completely ruin the proceedings, just as a great one can elevate them to impressive heights. This was definitely in the latter camp, and, along with Robeson, took what was otherwise somewhat of a forgettable film, and made it into something that I quite enjoyed. - May 2nd, 2015