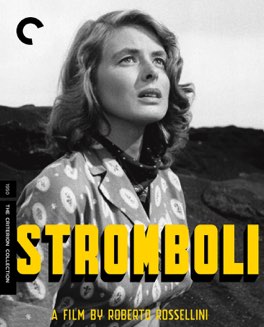 A character study where I strongly disliked the character being studied. This one was a miss for me; not a terrible film, but definitely not something I would recommend to anyone else.

I think I need to just accept that I don’t like Ingrid Bergman, and let that be ok. This is the fourth film I’ve reviewed with her in the lead role and in only one of them, Journey to Italy, did she actually make me like her or her performance. There’s just something so cold and unhappy about her. She was undeniably beautiful, but every time she’s on screen she looks like she just smelled something absolutely horrible nearby. She constantly seems to be at a distance from everyone and everything around her, as though she can’t believe she is being forced to interact with them. In Journey to Italy I liked the story, her husband, and the imagery, and that was enough. In this film, on the other hand, there wasn’t enough to overcome my general dislike of her acting or her demeanor. It’s a shame, really, because there are some interesting things at work here, they’re just hidden behind a rather unfortunate story.

We start the film in a post-WWII internment camp for stateless refugees. Bergman’s character Karin is being held here, after having fled from her native Lithuania. Also at the camp is Antonio, a young Italian fisherman who has proposed marriage, although he knows very little about Karin and they don’t speak the same language. After her visa application to emigrate to Argentina is denied, she accepts Antonio’s proposal, which liberates her from the camp. Together they head to his childhood home on the island of Stromboli, in the shadow of an active volcano. Most of the villagers have left for other countries, and the houses have fallen into disrepair. Karin hates the island and it’s people immediately, all of whom judge her in return for her lack of “modesty.” She befriends the local priest, but only in an attempt to get him to help her get out of there, she abandons him as soon as she realizes he won’t do anything. Her relationship with her husband never gets off the ground, she treats him with disdain from pretty much the beginning. She talks to him like a child and hates literally everything he does or says. She tells him that he needs money in order to have a woman like her, and he tries to get it, but it’s never enough. And so it continues, pretty much the whole plot of the film is Karin hating her life and being annoyed with everyone around her.

Bergman’s character immediately hates Stromboli and everyone on it, like instantly as soon as she gets off the boat. Actually, even on the boat she seems unhappy and annoyed. Essentially from the moment she marries Antonio she’s unhappy about just about everything. And that’s basically why I didn’t really enjoy this film. The whole time I found myself just feeling bad for her husband, she never gave him a chance. If Karin had made any attempt, any attempt at all, to make the best of her situation, and had failed or been denied by the locals, I would have felt differently. But she didn’t, she just immediately decided she was better than everyone else and acted horribly. It’s true that everyone around her were fairly terrible to her as well, but they were just acting in response to her behavior. She made some fairly pathetic initial attempts to connect with her neighbors and then just started being mean. I’m also not really sure what the point was that Roberto Rossellini was attempting to make with this film. It seems to maybe be about some sort of self-realization through incredible circumstance. If it is though, it’s only at the very end, the rest of the film is just a study of one miserably mean woman. Was Rossellini channeling the marriage he would soon abandon for a real-life romance with Ingrid Bergman? His films, at least the two I’ve seen so far, do seem to be about unhappy love. That scandal broke while this film was being made, and it turned the entire thing into a total fiasco.

The one saving grace for this film is that, similar to Redes, it depicts the real lives of a group of people who are now long gone. The film was actually filmed on the island of Stromboli, and most of the locals were just people living there. The fishing scenes were particularly interesting, but the special interest here is that an actual eruption of the volcano happened during filming. Those shots are absolutely incredible, the smoke and ash and fire and the villagers all fleeing to the relative safety of some boats in the harbor. Like Redes, I can excuse quite a bit of stupidity in order to enjoy these near-documentary moments. Unlike Redes, however, this film still had too much to dislike to push it over the edge into something I would recommend for others. I will say this for the film, it’s a very ambitious piece, and it relies heavily on the performance of Ingrid Bergman. The entire story is told from her perspective and the success, or failure, of the film rests with how you feel about her. If you like her work, you’ll probably enjoy this film. If, on the other hand, you’re like me and find her tiresome, you probably won’t find a whole lot here to get behind. It’s not a terrible film, but it’s certainly miles away from being great. - Aug 31st, 2014