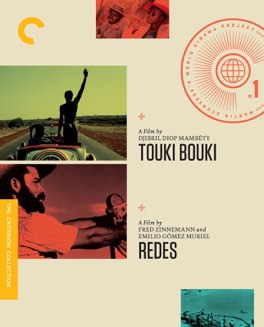 A fairly straightforward and uncomplicated film, but one that nonetheless has immense artistic and historical value. It was a real treat to get to see a period of history I knew nothing about explored in this way.

What a nice surprise this was. This is a simple film, a work of semi-socialist propaganda from American photographer Paul Strand and the arts department of the progressive mid-thirties Mexican government. It’s a small film, fairly terribly acted by an almost entirely non-professional cast. But, it’s a beautiful film, showcasing all the photographic skills that made Paul Strand such an American icon. The story is simplistic, certainly for a modern audience, but achieves its political purpose well. And it’s a fascinating look at this era in the life of the average Mexican fisherman, a subject I certainly knew next to nothing about previously. Much like another film that I really enjoyed, La Pointe Courte, a ton is achieved with this style of fictional story plus documentary exploration of a real time and place. It’s also always extremely interesting to learn more about Mexico, which most Americans know almost nothing about, even though it’s our nearest neighbor to the south.

The story follows Miro, a young and healthy man who works as a fisherman somewhere along the Mexican coastline. There are no fish and that means there’s no work for him. He has a sick young child and he needs to work in order to pay for the medicine to save the child’s life. He tries everything to find work, and even attempts to get a loan on credit from the local robber baron boss. Unfortunately, the child dies because when there are no fish there isn’t really much anyone can do to help him. Their entire livelihood is completely dependent on forces that are outside of their control. Shortly after his child dies the fish return and everyone gets back to work, but when they’ve finished a grueling 10 hour day they are only paid a mere 72 cents. This leads Miro to finally decide to take action against the corrupt system he is forced to live under. His awakening and what he does with his knew found consciousness is the focus of the rest of the film. Although the value of this particular film isn’t really it’s fairly pedestrian and predictable story, I still won’t give the rest away, it’s definitely worth watching to see how it all plays out.

There are a couple of important lessons that can be taken from this film. At its core it’s a work of almost pure propaganda, it’s attempting to portray the corruption of capitalist society and the inequality it breeds. But it’s also making a few more subtle and valuable points. And those points are about the necessity of unity in any sort of organized uprising, and the need for clear and achievable demands. Movements need complete cohesion and simple goals in order to have almost any chance of being successful. The recent Occupy movement is a prime example that when you have no clear goal it’s almost impossible to achieve anything. Occupy has had a wide variety of demands and agendas, with many factions, and has achieved practically nothing. The Montgomery Bus Boycott of the mid-fifties, on the other hand, was a complete success because it had one goal and everyone was committed to making it happen. If the goal had been less concrete, or the people less together, it would have almost certainly failed. In general, the civil rights movement is an unbelievable example of what can be achieved through unity and dedicated purpose. And the end of that movement, when rival factions began to splinter and demands became less tangible, is a perfect example of how these things fall apart.

In this film, there is initially no widespread support among the fisherman for Miro’s plans to fix the inequality around him. And this lack of camaraderie leads to violence and failure. The fisherman only come together after they have learned firsthand what the cost is for their disunity. People, when united together, are extraordinarily powerful. Wars have been ended, governments have been overthrown, better societies have been built, all by people putting aside petty differences and working together against a common foe, and for a common goal. This film is very basic in its presentation of these themes, as one might expect for something made 78 years ago, but it’s still an excellent example of the power of organization and unity. It also doesn’t hurt that it’s an absolutely beautiful film, with some of the most intense and wonderful shots I’ve ever seen, and taken of a world that’s mostly gone now. Finding films like this is one of the joys of combing through history, and of exploring art from places different from your own. Talented artists preserved countless things that are now long gone with their cameras, from fashion and speech to ideas and culture. It’s one thing to read about other times and places, but to get to experience them through the voices and images of the people who were there is a very special thing indeed. - Aug 30th, 2014