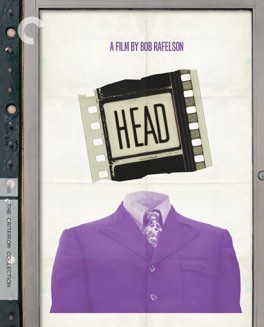 An extraordinarily bold experiment in taking popular cultural and warping it until it’s completely unrecognizable. I would have loved to be able to experience this through the eyes of the people who saw it when it first came out.

I should start by confessing that I’ve never seen The Monkees TV series. In fact, up until watching this film, I’d only ever even heard of them as the fake Beatles, that and that David Bowie chose that name so as not to be confused with Davy Jones. I say all of that to explain that I’m probably not going to be able to completely contextualize what it must have felt like, for fans of the show, to see this film. It must have been like an atom bomb dropping on their preconceptions and assumptions though, because this film had to have destroyed anything ordinary or straightforward that the series could have ever accomplished. Its a crazy wonderland of late 60s surrealist nonsense, full of misdirection and intense confusion, and I absolutely enjoyed the entire thing.

There’s no story here in the conventional sense. Instead we get a series of vignettes, that loosely interrelate, and appear to tell the tale of how The Monkees feel about being famous. The film starts with the mayor of some town attempting to cut the ribbon of a new bridge when all of a sudden The Monkees come running through the ribbon and eventually jump off the bridge, flying through the air, and landing in the water. From there we flash back to how they ended up on the bridge, which is a convoluted and totally insane collection of events, most of which don’t really end or begin with anything resembling an understandable story structure. There are crazy dreams and ridiculous mannequins. There’s a bunch of cleverly cut news clips and shots from old films, put together to make a statement about war and culture and fame. There’s quite a bit about being harassed by people, feeling owned by your fans, and trying to get away. And there’s a ton of totally silly stuff, things that I’m fairly sure were inserted just because everyone making this film was high the entire time. The story is a circle, ending where it began, but none of that matters. What’s important here is most definitely the journey, not the destination.

I cannot come up with a great parallel of what it would take, to have the effect this film must have had, today. Is there a show that is mainstream and harmless enough, that if they suddenly made the most unexpected and crazy film ever, it would really shock us? It couldn’t be a show like The Monkees or a film like this, we’ve seen this sort of thing before. Maybe if like the Backstreet Boys suddenly put out an album that sounded like Arcade Fire? Or if the cast of Glee suddenly made a political thriller written by Aaron Sorkin? Those are the types of things that would have to happen for it to resonate like this must have. It was taking something that was at the height of its popularity, or close to it, and just completely blowing it up. It made it unrecognizable, and we know that because it was almost totally unsuccessful. This wasn’t The Monkees, this was something else, some weird druggy philosophical message piece helping to kick off the surrealistic side of the 60s. This was a message piece for sure, but it was also just a goofy collection of insanity. And it would take quite a while, and certainly more than one viewing, to pick apart the message from the insanity. Watching it in a theater in 1968, with the expectations the audience undoubtedly had, I don’t think they could have come away anything but shell shocked.

Even watching this film today, 46 years later, it’s still very interesting and even a bit daring. There’s a lot about the futility and insanity of war, the arbitrariness of authority, and the stupidity of expectations. All of it is confounding and illuminating. The film made me think about a lot of random stuff, even as it was making me chuckle in an “oh man I can’t believe they did that” kind of way. It’s goofy without being stupid, not an easy thing to accomplish, and there are some legitimately thoughtful and smart lines sprinkled throughout. There’s also a great deal of hilarity, and especially an excellent use of mannequins to represent violence in an almost totally dehumanized way. It creates a really interesting effect of shocking disassociation to the events that are taking place. This film also helped kick off a revolution in cinema; the producers, Bob Rafelson and Jack Nicholson, headed directly from this into BBS Productions, and created Easy Rider and Five Easy Pieces among others. They were absolutely a part of the New Hollywood movement, and were extremely influential in establishing an auteur movement in American cinema. Mostly, though, this film is just super weird and extremely entertaining, which is more than enough for me. - Sep 15th, 2014