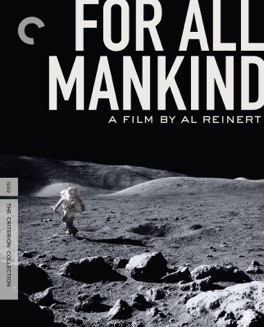 For anyone who is at all interested in space this is an absolutely essentially film. It’s also one of the best pure documentaries I’ve ever seen.

There is just something so magical about space travel. Something in the idea that as a species we might be able to leave the warmth of our own planet and journey to see what’s out there. I think it’s embedded in our collective spirit, the notion of the journey as its own reward. It’s in our very nature to explore, it’s what we’re meant to do. The truly wonderful thing about our exploration of the Moon, is that it’s also the most successful and expensive non war-related endeavor that the USA has ever undertaken. This isn’t colonial conquering and subjugating of an indigenous people, this is pure adventure and science. This is heading over the hill in front of you, not out of aggression, but simply out of a desire to see what’s on the other side. I think most of us have probably driven somewhere with no firm objective, purely in order to know, now imagine doing that on a hill that’s 238,900 miles away. It’s unbelievable.

This documentary is one of the more spectacularly beautiful and interesting things I’ve ever seen on film. Director Al Reinert got unprecedented access to NASA’s film archives from the 17 missions of the Apollo program. That program, which ran from 1961 to 1972, put 12 people on the face of the Moon. This film, unlike so many other documentaries, features no talking heads and no video interviews. Instead, what we get is the story of the men who went to the Moon in their own voices, layered over a truly phenomenal soundtrack by Brian Eno, and backed by the astonishing film they took on their missions. From what I’ve read, the footage we see here wasn’t intended as art, but rather simply as a document for NASA to study in order to learn as much as they could after the crews came back. Still, the men who were on those missions seem to have been unable to resist the beauty all around them, and took some of the most incredible pictures I’ve ever seen.

The film uses audio from all the various Apollo missions, but it essentially combines them into one story, a single trip to the Moon and back. Starting with preparation in Houston, the film follows the astronauts through takeoff, Earth orbit, separation, traveling to the Moon, lunar orbit, landing on the Moon, exploring the Moon, returning to the rocket, and finally landing in the ocean back on Earth. There are plenty of scenes that showcase the beauty of the environments they pass through, but there’s also quite a lot of footage of the astronauts simply goofing off while they travel between Earth and the Moon, or while exploring the lunar surface. As beautiful as the shots of Earth from high orbit are, and the shots of the Moon while orbiting and landing, I think the moments where they’re just having fun are what make the film something special. Watching these astronauts jumping around on the Moon, while one of them is reminding us that they were in a vacuum and any accident would be fatal, really brings home to me what an incredibly insane thing it is that they accomplished.

These unbelievably brave people risked their lives in order to learn a bit more about the universe outside the safe confines of our little blue ocean planet. It’s a hard thing to really wrap your mind around. Space travel is not safe, or easy. It’s an incredibly, almost impossibly, dangerous thing to do, with risks at every turn. I wonder if the relative nonchalance these astronauts display, both in the footage and in their interviews recorded later, was an almost necessary reaction to the danger around them. What part of is was simple astonishment at the things they were seeing, and what part was protecting themselves from the realization of exactly what it was they were doing. There’s an interesting clip in one of the interviews where one of the astronauts talks about this, mentioning that it was only in moments where nothing was happening that the reality of their situation would sink in. I also wanted to draw attention to the unbelievably motivating speech from President John F. Kennedy that starts and ends the film. It’s so beautiful and poignant, and it fills my heart with such a belief in the honor and pride that people had at these missions. I don’t think leaders talk that way anymore, and it’s a damn shame. This was a time when a man got up in front of the world, and simply by saying that we could do something, started the process to making it happen. Imagine what we could do now, if we had that kind of resolve again. - Aug 6th, 2014