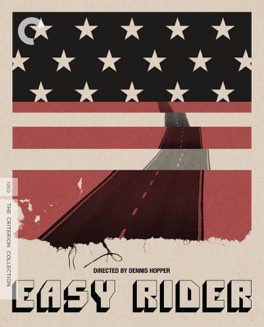 An amazing film that I loved instantly. From the incredible photography to the still extremely relevant story, this hit me hard from the opening shot and never let me go.

Man, I’ve been getting so lucky with road films lately. First, the incredible Two-Lane Blacktop, and now this masterpiece. The usual caveats of a film that I loved apply, I don’t really have anything unique or original to say about such an unbelievably wonderful thing. Not to mention that, as a film that shows how great it must be to ride across the country with your best friend on motorcycles, it feels like it was made just for me. I still find it so much harder to write about something like this, to try in some way to share how I feel about it in any kind of coherent way. To try to convince you that this is a film that you should watch, and it is, without going through my entire thesaurus using up superlatives. Let’s just say this film is basically perfect and start with that.

Like most road films it’s not entirely clear to me how to explain what it’s about. The basic story is fairly straightforward, two men complete a drug deal somewhere in Mexico for a lot of money that they hide in the gas tank of one of their motorcycles. They head off on the open road for New Orleans because they’ve always wanted to see Mardi Gras. You never learn where they came from, or anything about their lives before the film begins. Along the way they pick up a hitchhiker and end up at his commune for a night. Before they leave the hitchhiker suggests to one of the two men, nicknamed “Captain America” by his traveling companion, that he should consider remaining at the commune. He appears to like the idea but decides that he has to keep going towards his goal of New Orleans. Somewhere in small town southwestern America they end up in jail for a night, after participating in a local parade, and meet an alcoholic ACLU lawyer who joins them on their trip to see Mardi Gras. They head towards the south, dealing with scared and angry locals along the way, who fear them for their freedom and their counter-cultural appearance. I’ll leave what happens next to be discovered when you watch it, but let’s just say the ending is the only way the plot could have reasonably gone.

So, that’s the story, but it goes so much further than that. This movie captures perfectly how afraid most people are of anyone who seems truly free. It also captures how hard is to be free, how ultimately fleeting it is. It captures the allure of the open road, of just heading wherever makes sense at the time and then leaving again the moment you feel like it. And it captures the feeling that probably most counter-cultural youth have felt at some point, of being feared and attacked by the establishment that you’re just trying to be left alone by. These guys, played phenomenally by Peter Fonda and Dennis Hopper, don’t want to fight with the people they meet, they just want to live their lives. They aren’t “troublemakers”, they just haven’t bought in to the American dream, and are thus terrifying to the people surrounding them. It’s an interesting thing when someone who is awake wanders into the midst of a bunch of sleeping people, the sleeping people will do just about anything to remain asleep. And, ultimately, this film makes the point that even the awake people are just trying to find their own way to be asleep, even if they would forever deny that that’s what they were doing.

There are two moments in the film that I think sum up the message I got from it. The first is early on, that part I mentioned about the hitchhiker attempting to convince Fonda’s Captain America to remain at the commune. He warns Fonda that “the time is now”, that if he keeps going the way he’s going he won’t make it. Fonda seems to understand but says he’s still got to keep moving on. It’s an interesting statement about the allure of the open road, how it corrupts and fulfills. It reminds me of the scene near the end of Two-Lane Blacktop when Laurie Bird leaves James Taylor because both of them know that neither one is ready for anything resembling a normal life. It’s the closest his character comes to finding a way to fulfillment, and it’s the closest Fonda’s character comes in this film as well. The second is a conversation that the ACLU lawyer, played equally perfectly by a young Jack Nicholson, has with Hopper’s character. He explains in clear words why the people of the small towns they’ve been riding through fear and hate them. The people they meet believe they are free, and they will go to any lengths to prove it when they encounter people who show them, just by being themselves, how not-free they really are. As Nicholson points out, that doesn’t make them run away scared, it makes them dangerous. It’s definitely a lesson to remember. - Jul 17th, 2014