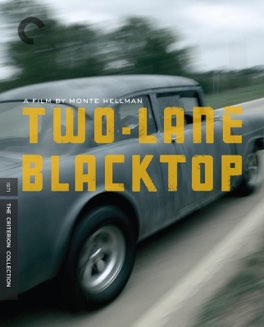 As powerful and affecting a film as I can ever remember seeing. This burned itself into my brain and I don’t think it’s coming out anytime soon, and I wouldn’t want it to either.

I really like films that aren’t about anything in particular, films that evoke a sense of place rather than a specific story or direction.

It’s why I love Dazed and Confused so much, and it’s why I absolutely loved this film as well. It’s a monumental film; it manages to be so incredibly and powerfully sad, while at the same time totally full of life and interest. It doesn’t dwell on anything in particular and it never swallows the audience up, instead it just happens. It doesn’t try and make any kind of point, rather it lets what it has to say unfold at it’s own pace.

All of that sounds a bit ridiculous probably, but this is another film that I don’t really know how to describe to anyone. At least not in a way that would make them want to watch it. All I can say is that it’s brilliant, what more can you ask from a film that that?

The story is incredibly sparse. It’s about a couple of guys, whose names we never learn, driving around the country in their souped-up ’55 Chevy, looking for people to race. They manage to survive by essentially hustling small town car nuts into racing them, and they never lose. Somewhere along the way they pick up a girl, one that sleeps with both of them, and captures the heart of one of them.

Then they meet the ultimate patsy, a guy willing to drive across the country in a race for “pinks”, or the deeds to their respective vehicles. They proceed to race towards Washington D.C., getting into random encounters and adventures along the way. They show a completely lack of interest in anything other than cars and racing, but at the same time they are strangely honest and fair, even as they’re hustling people.

If that doesn’t sound like much of a story, it’s because it’s not. None of the characters get anything close to developed, we never learn where they’re from or what they’re motivations are, and the film has no real beginning and no end. But it just doesn’t matter at all, it’s not about a specific story or specific people, instead it’s about loneliness, and attempts to make even fleeting connections, and America, and life.

It’s a film about attempting to remain completely alone while finding some kind of connection with the people you meet. Which is, basically, an impossible thing to do. So “The Driver”, played unbelievably well and in his only movie role, by James Taylor, attempts to connect with this girl they’ve picked up. He even goes so far as to try and convince her to keep driving with them, but she, played to shocking perfection by Laurie Bird, unsurprisingly heads out on her own again when things get too close.

And Warren Oates plays a man who literally changes his personality with every new hitchhiker he picks up, creating a kind of non-personality out of a plethora of made-up people.

Laurie Bird’s performance here is especially memorable. She was only 17 when they made this film, and she killed herself 8 years later, and I think she wasn’t so much acting in this film as she was just gracing it with her own problems and story. Her character is the glue that gets the entire film to where it needs to go. She motivates the guys in this film without even trying to, and she represents the most perfect ideal of someone who is just on the road, with nowhere in particular to go and with nothing holding her to anything.

The cinematography and landscapes are basically another character. This is one of the most visually beautiful films I’ve ever seen. It breathtakingly captures the small towns of nineteen-seventies America in such a real and unaffected way.

Unlike Dazed and Confused, this isn’t a period piece. This is a film about the seventies, made in the seventies, by people who understood what they were talking about. There are no nods to quaint references, it’s just all there to see. It’s an unbelievably shot film, with so many incredible moments.

Especially impressive are the shots at night where the director, Monte Hellman, makes no attempt to professionally light anything, so what you get is true nighttime. The film is full of drives through the darkness and the rain that are as scary on film as they would be if you were actually in the car.

As someone who struggles with exactly the desire for both intense connection and intense solitude that this film is about, it spoke directly to me. Even though I’ve never actually just left and headed out to nowhere, I understand the motivation that causes people to do just that.