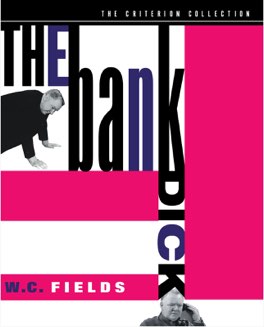 The comedy here is about as subtle as a brick through a window, and just about as funny. But I’m still glad I watched it.

This is a stupid and racist film. I can’t even really say I liked it. But it is brilliant. W.C. Fields plays Egbert Sousé, the town drunk and the cause of just about everyone in this film’s misfortune. He leads each character, no matter how wholesome they are, down the path to ruin, and then saves them from it, just as they reach the edge. He’s a plague on everyone who knows him, from a local movie director, to his future son in law, to the bank examiner, and yet he’s also loyal and helpful, in his own ridiculous way.

There isn’t really much of a story here, more of a series of events that give Fields the opportunity to showcase his buffoonery. Like an unsophisticated version of Jacques Tati’s films, which also use a ridiculous character to point out societies flaws. In Tati’s case it’s his belief in the folly of the modern world, the ruining of France by this modernism, and its soulless grip on the world. In Fields case it’s the myth of the righteous man, like the Emperor’s New Clothes, and he continually shows that the fanciest of people hide the same flaws as everyone else.

As I said, this is a stupid film, but there’s still something endearing in it. In many ways the best equivalent to the character Fields plays is Homer Simpson. Like Fields he’s a clown, like Fields a lot of his humor comes from the combination of prodigious size and unusual dexterity, and like Fields he always seems to come out on top, through absolutely no skill of his own. - Mar 17th, 2014