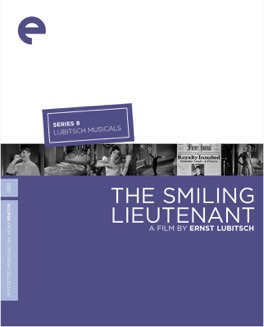 This entire movie is all just set up for one scene. It’s a good scene, to be sure, but everything around it is just so boring. Also, and this is really a nitpick, but lingerie doesn’t rhyme with melody.

This movie was boring. Which is, ultimately, the one cinematic sin that I find impossible to recover from. I believe I’ve mentioned it here before; I would rather be angry than bored. I know people really like these early Lubitsch musicals, but the last two have been a slog for me. This entire thing has one good scene, and it mostly just underlines how awful the sexual politics of the entire thing actually are.

The story centers around Maurice Chevalier as a young military man, who catches the fancy of a jazz-age flapper Claudette Colbert. They are going along just dandy until, through a truly ludicrous series of misunderstandings, Chevalier ends up married to a seriously unhip princess Miriam Hopkins. He declares that they can force him to marry her, but they can’t force him to sleep with her.

He starts cheating with his old girlfriend, and eventually the princess wises up. She arrests Colbert and when they finally meet she convinces her to teach her how to win Chevalier’s affection. The answer? Become a jazz-age flapper herself. Once she does Colbert leaves with no qualms and Chevalier falls instantly in love with his wife. Problems solved.

It’s such a terrible moral. His deep love for Colbert, such that he was completely unwilling to commit to his wife, was actually just attraction to her hairstyle and generalized stereotypical mannerisms. Once Hopkins changes everything about herself then she is finally able to win his life, on a purely superficial basis. Yay. - Oct 8th, 2022