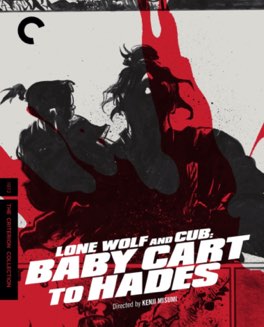 Somewhat of a disconnected series of vignettes. But so damn cool, and it’s nice to see Lone Wolf be about something again.

One of the benefits of watching this series all at once, is that the previous film is at least theoretically still more embedded in my brain. There’s something cool about watching how the narrative evolves over the course of the films. That has been mostly destroyed by my current life circumstances.

It’s been a while since the last time I watched one of these films. That’s not surprising to me in the slightest, because we also just had our second child. Having a newborn in the house, along with a toddler, has reduced my potential movie watching time down to essentially zero. It has simultaneously provided me with copious amounts of sleep deprivation, the sort of which make remembering anything honestly pretty much an exercise in futility.

My primary feeling about this particular entry in the series was a positive one. I like that Itto Ogami continues to live by his own personal code. I still don’t have any idea what the “Demon Way in Hell” means, but maybe that’s just a cultural competency that I’m missing by not being Japanese? Beyond that, this whole film is just so damn cool. - Apr 13th, 2022