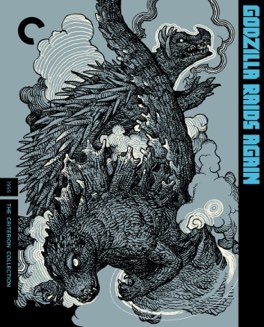 I guess it takes a while to transition from a surprisingly thoughtful take on nuclear power to… whatever monster madness this series becomes. This one was boring, but points for using a dinosaur as cool as Ankylosaurus.

A successful franchise is a complicated thing. In the past they happened almost entirely by accident it seems. A film would be made, do shockingly well, and then sequels would inevitably follow until they became unprofitable. For a precious few the sequels would just keep coming and coming. Godzilla is in that camp. There have been more than thirty films thus far, over eight decades.

It’s hard to see that path in this film. They haven’t worked out their formula for success yet. Dropping all the anti-war and nuclear tension of the first film, they don’t yet know what to replace it with. So this is pretty much just a straight action film, with little in the way of any kind of relevant plot. People find Godzilla, Godzilla fights another monster, Godzilla fights the people, the people find a way to end the threat. That’s basically it.

It’s not surprising to me that it was seven years before they tried again. This isn’t even a good film, and they needed at least that long to let the bad taste leave people’s mouths. Luckily, I find this sort of progression fascinating, so I’m onboard to continue with this journey and see where it takes me. - Jan 19th, 2022