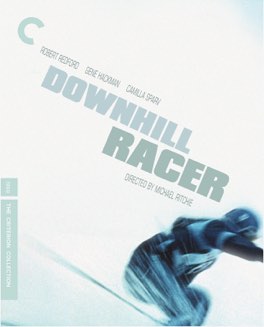 The life of a world class athlete is so incredibly narrow and small. Plus, this one is kind of a dick.

There is something so limiting about top-tier athletics. The drive that is required to be that good at one thing. The endless practice, the single minded focus. In modern society we tend to fetishize this, and especially the overly competitive individualism of the very best. The endless stories of the maniacal way Michael Jordan refused to lose at literally anything, as if that’s in any way a healthy way to live one’s life.

One of the challenges of athletics, especially for those who do rise to the absolute peak, is that it only lasts for an incredibly short period. Basically all athletic careers are over by the time a person is forty, and most are over long before that. Having spent their lifetime chasing a dream, what do they do when that dream is no longer available to them?

Even, or maybe especially, if you have actually achieved the dream. Robert Redford’s David Chappellet wins the Olympic Gold Medal. That’s all he’s ever wanted, his entire life to that point. He’s also maybe thirty? What the heck is he going to do now? The truth is he has absolutely no idea.

Somehow he’ll make some money. Part of the nonsense of amateur status in the Olympics was always the promise that if you succeeded you can make a living out of it. That’s why the moment that he almost loses the gold is so dramatic. Because that one moment, completely out of his control, is going to determine the possibility space for what comes next. What a wild way to live. - Dec 1st, 2022