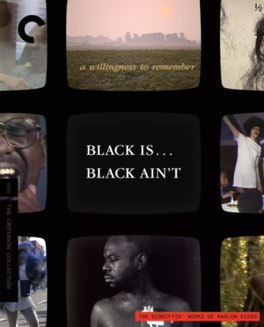 No ethnic group is a monolith, and it’s so endlessly vital to examine our own part in our wider community. This film came out 18 years ago and it feels like it could have been released yesterday. Like Utah Phillips said, the past didn’t go anywhere, in fact it isn’t even past.

Questions of identity have been a major focus of my thought for a very long time. I was on a personal journey of self identification, and then engaged in what we now call identity politics, from a young age. In many ways I experienced the current moment, and many of the current conversations, two decades or so early.

That still puts me after this film, and I was shocked at times at how prescient it was. We are still discussing and grappling with most of the things discussed in it, whether we’re members of the Black community or not. So much of the language was familiar, even some that I didn’t think existed, or was widely prevalent, until much more recently.

As has been the case throughout this series, Marlon Riggs has shocked me with his insight and his bravery. These films are vital. They should be taught in every classroom in this country. His name should ring out like James Baldwin, or Kwame Ture, or Cornel West. Maybe you have to cameo in a Matrix movie for that last one to resonate?

I have been on my own journey. Attempting at first to define myself to myself. Later attempting to create an identity structure that would nurture rather than suffocate. Lately trying to explain any of it to my long-suffering spouse. It’s a lifelong pursuit, and as such I resonate with work like this so deeply. - Jun 3rd, 2022