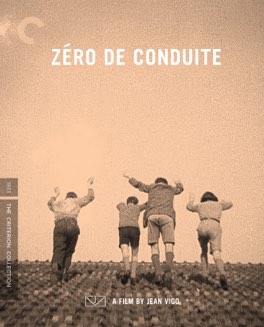 I can see why some people love this film, but it’s really not for me. There were a few standout moments, but the rest was an unpleasant chore to get through.

As a generalized rule, I don’t like most films about childhood. Part of that has to do with my, generally speaking, not liking most child actors. There’s something so forced and “precocious” about them, again, generally speaking. On top of that, the realities of childhood seem to have very little in common with most of their cinematic expressions.

This might be an example that contradicts that idea, but even still I didn’t enjoy most of it. The central theme is that children are anarchists at their core. That’s a perfectly reasonable perspective, but mostly it just leads to a bunch of kids yelling and running around. The plot is not what this film is resting anything on, and that’s a good thing because it’s thin and threadbare.

I don’t know if most kids are anarchists though. Certainly many kids have an aversion to authority. Or at least a natural tendency to push against that authority. But, at the same time, kids desperately want boundaries and structure in their lives. They push against authority precisely to determine what the boundaries are, and to figure out where they fit inside them. There are kids who are the exception to this, but most kids are perfectly happy with discipline, and even crave it to some degree.

What kids don’t like is phonies and fake authority. Rules for no reason, and people playing at being dictators. This boarding school environment seems absolutely awful, and I have no doubt that many kids would strain against its unfair, unfeeling, attempts at pointless conformity and manipulation for financial enrichment. I’m really glad I didn’t attend a French boarding school, or really a French school at all, because from what I’ve seen watching these films it was an awful place to be.

What the film does have is a certain beauty and chaotic brilliance. There’s vitality that’s so hard to find in any work of group art. This is art, and that’s something. I just didn’t enjoy the art, at all. - Mar 9th, 2021