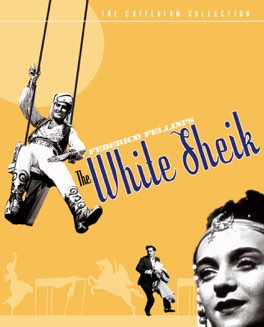 You can see the seeds of what’s to come in this simple little film. Mostly, it’s just very funny, and has its heart firmly in the right place.

Dreams are a funny thing. We build up so much expectation around them, and yet they don’t take into account most of the reality of whatever they seem to be about. Wanting something, from a Buddhist perspective, is a trap, because getting it almost never fulfills whatever imagined need generated the wanting in the first place. To put it another way: be careful what you wish for.

This film is a classic example of that journey. Newlyweds Ivan and Wanda arrive in Rome, to have their honeymoon, as well as to meet Ivan’s extended family. Ivan fancies himself as an important provincial person, and his uncle works for the Pope, so he expects a certain level of decorum and propriety from himself and his wife. However, seemingly totally unbeknownst to him, his wife is obsessed with a magazine idol and has been corresponding with him. At the first chance she gets, she sneaks out to give this idol a drawing she has done of him, thus setting in motion a comedy of circumstance.

The film is notable in that it’s one of the first films of an incredibly beloved “auteur", Federico Fellini. It seems to otherwise be perceived as something of a minor work, a stepping stone on the way to his greater later works. I totally agree with that perspective, but I did find a couple things in this film that are worth calling attention to. For one thing, it’s just plain hilarious. Comedies depend on their humor and this one comes through incredibly well. There is so much situational comedy, but there’s also just Ivan’s facial expressions, which made me laugh out loud on multiple occasions. The film has so much heart and joy to it, and it really lifts it above its otherwise modest foundations.

The other thing, is that the film has its heart firmly in the right place. It dedicates an almost equal amount of time and attention to both Ivan and Wanda, and it sympathizes with them, even as it lampoons them. It would be so easy for the film to take a distant gaze, and look on Wanda as a foolish naive girl, or at Ivan as a boorish overbearing husband. The film resists such easy characterization. Instead it shows two people who are in way over their heads, figuring things out as they go along.

That makes it a much, much more interesting film to watch. This same story could be absolutely insufferable, but instead I found myself rooting for these people, and hoping it would all come together in the end. I won’t spoil it here, but I will agree with one review I saw, that the last bit of the film brings it all together in a really lovely way. - May 29th, 2021