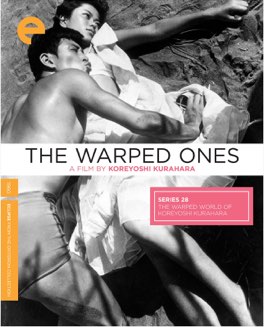 Nihilism isn’t very pretty, nor is it very practical. But at least the dog got to have some milk and tasted freedom.

It’s an interesting thought exercise to ponder when youth alienation started. Like, were young people in ancient societies sitting around listlessly moving through empty lives? Were they raging against the dying of the light? Were they straining against their conservative environments and lashing out with violence and apathy? I have no idea. What I do know, is that my generation certainly has all of that, and so did the post-second-world-war generation in so many countries.

This is a classic example of that tension. Our “hero” Akira, and I use that word in the most ironic way possible, is clearly a round peg in an incredibly square hole. Japan is a country that even today is known for being homogenous and unlikely to embrace much interpersonal difference. It’s a country of long tradition and cultural conformity. Akira and his friends don’t fit in, and they don’t know what to do about it, so they do whatever they want in the moment.

I liked this film, I enjoyed the jazz music, and some of the irreverence of the main character. On the other hand, it’s a brutal portrayal. He does truly heinous things in the name of his disaffection. I guess what I’m trying to say is, I much prefer the wandering-around-listlessly-missing-love-and-lacking-meaning of Italian alienation cinema. This is just too angry and destructive and violent. I’ve always been a bit more of a goth than a punk, and I guess that hasn’t changed as I’ve gotten older. - Aug 18th, 2021