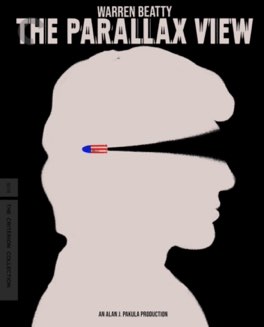 I’m absolutely here for 70s Paranoia thrillers. The sense of complete dread speaks to my soul. I should probably worry a bit more about that really.

Existential dread and angst was in the air of the United States in the seventies. It was in the water. It was seemingly everywhere. I suppose that’s a reasonable reaction to what was going on. Starting with JFK, Malcolm X, Martin Luther King Jr., RFK. Then you have the Vietnam war, and Watergate. All of a sudden, it must have seemed like a combination of the curtain being pulled back and the world going mad.

There is a peculiar feature of the human mind. We struggle with causality. Specifically, we struggle to understand that big things can be caused by little things. That is to say that the world can be changed by one person. A president can be killed by a lone gunman. It seems impossible to us. Something so world shattering cannot possibly have such a straightforward explanation. Thus the conspiracy theory is born.

Conspiracies happen all the time, it’s a very common criminal charge. But conspiracy theories are essentially never true. If they were true they would be actual conspiracies, with consequences. They remain forever in the realm of the theoretical. They rely on this frailty in human understanding of events. One person really can change the course of history, in fact it happens all the time.

I see something of a through line from the era these films come from, and the perspective they were tapping into, to our modern era. Conspiracy theories are everywhere now and it’s hard for us to all agree even on facts these days. I wonder if that’s not simply the natural progression of the kind of disillusionment that folks began to feel in this era.

The assassinations made us collectively doubt the official explanations of things. Vietnam made us doubt our righteousness. Watergate made us doubt our government. Suddenly nothing was on solid ground anymore. Now, fifty years later, that has only intensified. It makes these films indispensable, relatable, and terrifying. - Dec 23rd, 2021